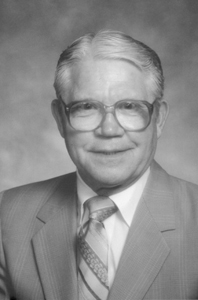 Alcoholics Anonymous lost a loyal friend and servant with the passing of Robert Paul Foster, his date of birth was October 17, 1918 and his date of death was June 2, 2006. His funeral service was at the St. Joseph Catholic Church on Tuesday, June 6, 2006 and his final resting place is at Greenlawn Memorial Park.

Robert was humble to a fault and nobody knows exactly how many people he helped during the many decades of his sobriety, but we do know one man he sponsored was the late Ed Kennedy.

Until the day Ed died he said, “I’m sober today, by the grace of God, Alcoholics Anonymous and Robert Foster.”

During the summer of 1985 the current author of “Here’s To Your Health,” asked Ed to be his A.A. sponsor and after Ed died in the summer of 1991, Barleycorn interviewed Robert who told this story:

“I was a medic in the Army during World War II and we always had a good supply of alcohol, but some time after my discharge, I developed an uncontrollable obsession for the stuff. I was in bad shape when a Medical Doctor named Elmo Zweig (deceased), and a Minister named Hunter Culpit (deceased), carried A.A.’s message of hope to me.

It always tickled me to think a Jewish Doctor and a Methodist Minister carried the message to me; a Catholic.

Some time after I sobered up, I got a late-night call from a “practicing” alcoholic named Ed Kennedy. I got out of bed and drove to an inner city apartment, climbed the stairs and knocked on the door, but Ed had barricaded himself inside with a couch, dresser, chair and other furniture piled against it. After a lot of coaxing Ed finally pulled the furniture away from his door and let me in. We talked at length that night and when his trial date for alcoholic insanity came up, he was standing before a judge with, but one Dr.’s signature between him and a life stay at the Richmond State Hospital. Dr. Zweig intervened on Ed’s behalf with the stipulation that he (Ed) would start attending A.A. meetings. Ed agreed to do that, but the A.A.’s had kicked him out of their meetings for stealing their money. So, Doc said, “Well, then you’ll have to start your own meeting!”

From then until his death, Ed made coffee and chaired the Monday night A.A. meeting at the Mollering Unit on Carew Street. Robert Foster didn’t attend that meeting, but he was a regular member of the Wednesday night Buckley Big Book Study Group (oldest A.A. meeting) and also the Westside Group (second oldest meeting) where he told each new person, “Give A.A, a good honest try. I did, and it saved my life!”

Robert did his works for free and he was a prince of a man. We lost a friend, but God has gained an angel.