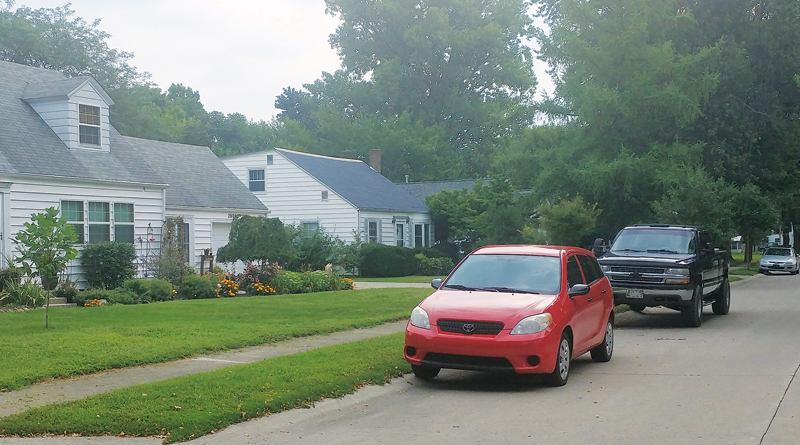 Recently, there has been a rise in reports of car break-ins in many neighborhoods in the Waynedale community. However, individuals checking cars for unlocked doors and stealing valuables inside is not a problem unique to just Waynedale. According to The City of Fort Wayne Police Department’s spokesperson, Michael Joyner, this type of activity is “one of Fort Wayne’s biggest petty crime problems, city wide.”

It has been reported that residents typically see a group of teens combing the neighborhood for unlocked car doors. But, recently there has been a series of security camera photos of a middle-aged female circulating on social media, in which the car owner indicated that both of their vehicles and several neighbor’s cars were broken-into that night by that individual.

“The perpetrators of this crime are looking for an easy score of any type of valuables, whether it is spare change, digital devices, tools, golf clubs, etc. There are a number of ways that the Police Department are currently combating these crimes, but it all starts with resident action.” Joyner commented.

The top thing that police say you can do to protect yourself from falling victim of this crime is by making it a routine to take 30 seconds to do a spot-check on your car when you’re ready to leave it for the night. This includes removing any valuables from sight, including your cell-phone charger and loose change, and making sure that it is locked. Police indicate that parking under a street light may also help to deter criminals. They also say that installing house-mounted motion detector lights and surveillance camera systems might also combat break-ins and provide police with more evidence to catch the individuals responsible.

In addition, police indicate that you may want to consider removing your garage door opener from your car and to use an app on your phone to open your garage instead. They say that in some car break-in instances, the criminal will take the garage door opener, which is the same as a key and come back later when you’re not home to steal valuables. However, home and garage break-ins have been reported to be much less likely than individuals stealing items out of unlocked cars.

When asked, the Police Department did not provide a comment on how they are specifically addressing this problem and would also not comment on whether they were using GPS tracked items to track and find perpetrators of the crimes. However, they did indicate that in situations where a stolen item was trackable, like a cell phone, that they do work with the owner to geolocate and recover the device.

According to FWPD, residents should report car break-ins and any suspicious activity they may see near their home or in their neighborhood. If you have fallen victim of this type of crime, even if nothing is stolen, police say that you should report it. Each report they receive is tracked and used to create trends in conjunction with other reports in that area, of which police say leads to arrests. This data may also be used to indicate when and which neighborhoods should be patrolled more often. The non-emergency number for the police department is 260-427-1222.

Editor’s Note: At The Waynedale News, it is our policy to only publish positive, family friendly news from throughout South/ Southwest Fort Wayne. However, we are breaking this rule due to many requests and concerns from residents about this topic. We hope that publishing this article will help bring awareness to the problem and provide resources that residents can use to combat these crimes in our neighborhoods and city-wide.

Alex Cornwell
The Owner & Publisher of The Waynedale News. Alex is a community leader and founder of various organizations, events & improvement initiatives in the area. He is also the recipient of 2019's Allen County Vandeveer Impact Award and 2012's University of Saint Francis' Distinguished Young Alumni Award.

The Owner & Publisher of The Waynedale News. Alex is a community leader and founder of various organizations, events & improvement initiatives in the area. He is also the recipient of 2019's Allen County Vandeveer Impact Award and 2012's University of Saint Francis' Distinguished Young Alumni Award. > Read Full Biography > More Articles Written By This Writer