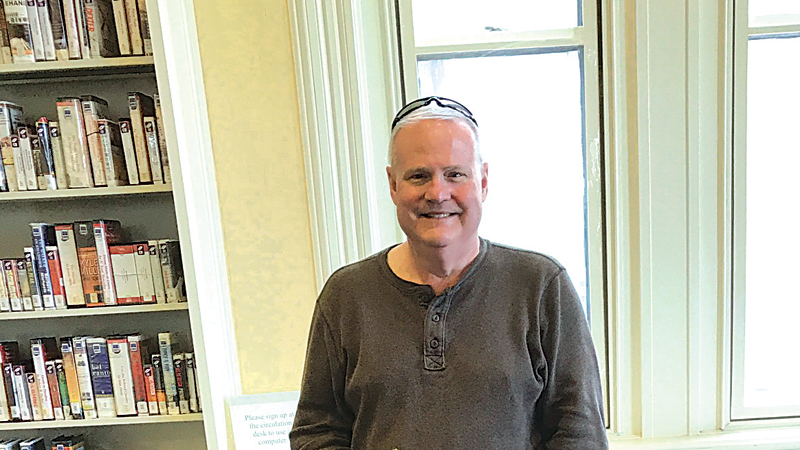 A Waynedale native has released a new children’s book, hoping to spark the imagination of children and parents, alike.

Local man, Alan Shaw, has crafted a new work entitled, “Brainstorms: A Cave, A Stream, and A Grandpa That Dreams” and it has already hit Amazon.com for sale.

The book, written to capture the imagination of a child, according to Shaw, is the story of a small boy and a grandfather who take an imaginary trip. The pair travel through caves and deserts, only to find they’ve never even left their own backyard.

Originally from Fort Wayne, Shaw attended Elmhurst High School, graduating in 1976. He went on to graduate from Fort Wayne Bible College with a teaching degree in Music.

Shaw was a Music teacher at Elmhurst in the early 1980s and later began a career at Triple Crown Services that lasted 24 years, working as a dispatcher at the local trucking company.

Even today, however, Shaw said his ties to Waynedale remain strong.

“My grandparents, my parents, myself and my son have all lived in Waynedale,” he said. “My son and I still have homes in Waynedale.

“I can even remember shopping at Barrett’s Five and Dime Store as a child,” he recalls.

But, in 2013, his failing eyesight led him to be declared legally blind, and he was no longer able to drive or work.

Shortly thereafter, he began writing by speaking into his phone, and then having his wife, Deb, transcribe the text.

For the last few months, Shaw has been writing poetry online, which can be read at www.fiverr.com/Jallenshaw.com.

And by the end of this summer, Shaw hopes to release a new volume called, “Life Stinks, So Why Can’t I?” He’s hoping the proceeds from his published poems will help pay for an illustrator for his new book, he said.

Shaw added that he hopes his newly released book will allow today’s kids to explore more than the social media and electronics that have become so commonplace.

“I hope my book will let children explore their minds and not just their phones, tablets and computers,” he said. “Children do not need to be taught how to use their imagination. But, we as adults need to help expand their imagination and never be a hindrance to the amazing things a child can imagine.”