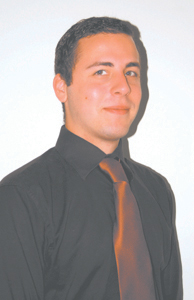 Here at The Waynedale News we receive an abundance of letters, e-mails and calls regarding our printed and online (www.waynedale.com) community newspaper. Many responses are overwhelmingly positive in nature supporting our organization’s commitment to community information, event sponsorships or even sometimes just to say “nice work.”

As I was going through our daily “fan mail” last week I came across a letter that had no return address. Upon opening the letter I was caught off guard by the contents. It was a harsh criticism of one of our feature authors of over 8 years, Ron Coody. The letter insisted that Ron’s latest article was of unjust bias and furthermore that it was written by an author who was under the use of an alias who was actually one of our editorial or publishing staff on political agenda. Taken back by the contents and harsh criticism I must confess it put a damper on the staff’s mood for the day. How could it be that someone could think our organization is so shady, when we work selflessly dedicated to Waynedale? And they didn’t even leave any contact information so that we could attempt to rectify the situation.

So in response for those who may think like-minded to the letter we received I personally would like to address you with some information about this author. In April 2002, Ron and his family moved from Fort Wayne (Waynedale) to Istanbul, Turkey on a work assignment, which is when he first began writing for The Waynedale News. This is not the first time he has lived outside the United States, in 1993 he worked in the former Soviet Union in the newly formed republic of Kazakstan. His second move occurred several years later when he worked on the island of Cyprus in the Middle East.

Ron Coody is certainly a real person and not an alias; I know, because I still have the signed press credentials he needed for his continued visa from last January. He still remains in contact with us, his friends, family and his parish Avalon Missionary Church in Waynedale.

Our staff believes it was a correct choice to publish an article based on his opinions from outside America, even though they are politically driven, our editorial staff strive to responsibly address all information and articles we receive in the name of providing accurate and timely information for all of Waynedale and the surrounding area to enjoy.

While we encourage all submissions, please be curious and helpful in nature, for we work so hard to find and write stories, deliver to over 30,000 readers and to raise enough money in advertising to provide you with continued newspaper and community service. As you’ve heard, newspapers aren’t the most profitable type of business with the given economy, so as an owner I know the financial strains for the 24/7 work load and commitment it takes to put the newspaper in your hands every two weeks. We continue selflessly because the newspaper is a valued source of community information and a community binding experience for all readers, I don’t feel a slap in the face is necessary to those who are ultimately working to better the community you live, work and play in. Spreading negativity for the sake of complaining without just cause or accurate facts to back a claim in any situation ruins the enjoyment for others.

Please contact us with any helpful comments, news tips, stories or anything else. We are here for you, the Waynedale community and surrounding area and would like to provide you with the most enjoyable newspaper and best service possible.

Alex Cornwell
The Owner & Publisher of The Waynedale News. Alex is a community leader and founder of various organizations, events & improvement initiatives in the area. He is also the recipient of 2019's Allen County Vandeveer Impact Award and 2012's University of Saint Francis' Distinguished Young Alumni Award.

The Owner & Publisher of The Waynedale News. Alex is a community leader and founder of various organizations, events & improvement initiatives in the area. He is also the recipient of 2019's Allen County Vandeveer Impact Award and 2012's University of Saint Francis' Distinguished Young Alumni Award. > Read Full Biography > More Articles Written By This Writer