Skip to content
A Look Back At Our Community In 2019 Featured Local News Spotlight
January 19, 2018January 19, 2019 Camille Garrison 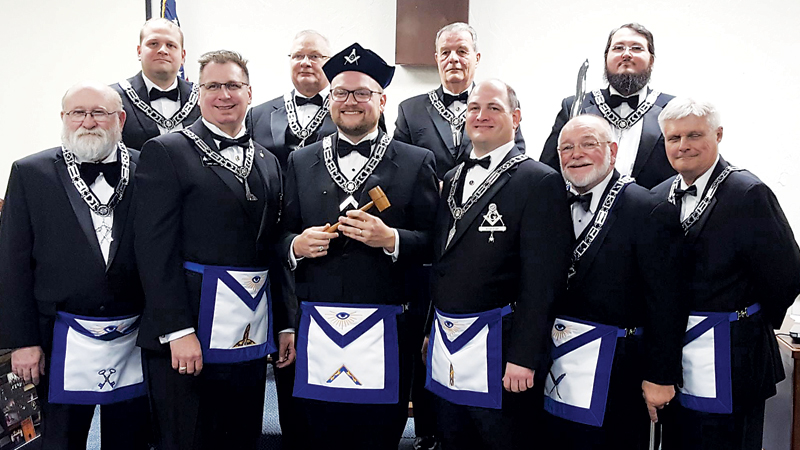 At 300 years old, The Masonic Fraternity is the oldest in the world. Medieval stone masons were responsible for building the great Cathedrals of Europe and organized into guilds. As society changed, wealthy and eminent patrons were brought into the guilds and the teachings of the guild were passed on, even though they were no longer builders.

The focus of the Mason fraternity is brotherly love, relief and truth. To be a mason, you must have a belief in God, although no particular creed is required. Their goal is to make good men better, especially caring for widows and orphans. Several U.S. Presidents have been Masons, including George Washington, the Roosevelts and Harry S. Truman.

The Indiana Masonic Home has been in service for over 100 years. Our local Waynedale Masons group is located at 7039 Elzey Street, across from the Waynedale Park and has been active for over 60 years. They first began meeting above the Waynedale Bakery and their lodge was built in 1970.

The Masons are annual sponsors of the Waynedale Community Picnic and provide Child ID packets to parents. They offer a free community breakfast the first Saturday of every month at the lodge from 6 a.m. to 10 a.m. Free-will donations are accepted. Additionally, they prepare the iconic yummy “Karen’s Kitchens” donuts once a quarter. This quarter that falls on January 20th so hopefully you are reading your Waynedale News in time to grab some. Otherwise, hang in there until next quarter. Contributions received from the donuts are donated to charity.

I spoke with Justin Pose who is the recently installed Worshipful Master of Waynedale Lodge #739 F & AM. Worshipful Master is an old English term for respected teacher but does not actually have anything to do with worship.

All men join a blue lodge, blue being the color of truth, then may also join the Scottish Rite or York Rite which expand upon the blue lodge teaching. Additionally, there is the Shriners International who participate in many different activities but are united in the charity of the Shriners Hospitals.

Our local Shriner is most active with the Chicago Burn Hospital. The Masons also have an order that welcome women and that is known as the Eastern Star. Job’s Daughters, Rainbow for Girls and Demolay are groups specifically offered for youth.

Justin says what he has found most rewarding within his five-year association with the fraternity is that “a group of people are able to come together from different faiths, professions and walks of life to work toward a common purpose and fellowship while laying aside the divisiveness of politics and religion.”

On the personal side, Justin grew up near Elmhurst and attended Indian Village and Weisser Park Elementary Schools, Memorial Park Middle School and South Side High School. He graduated from Ball State University with a degree in Music Education and works as a Music Teacher at Lindley Elementary School. Justin is married to wife of 15 years, Jennifer (Oglesbee) Pose and they have two children; two-year-old Jenavieve and Joseph who is four. As a family, they enjoy hiking, amusement parks, museums and movies. They have attended Good Shepard United Methodist Church and Waynedale United Methodist Church where Justin led the bell choir for three years.

With over 400 members in their fraternity it is remarkable to learn that 100 have been members for more than 50 years. There are two members from the Waynedale Lodge, Gregory C. Walbridge and Carey B. Carter who have served as Grand Masters for the State of Indiana. Masons have a hopeful outlook on life and acknowledge charity as their most lasting gift. And our community appreciates that they are making a difference in the lives of so many.