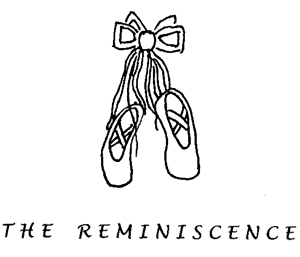 She moved past the ballet slippers she wore before she started to wear toe shoes. Her hand gently passed over them as she moved on. O, how she remembered the first time she wore her first toe shoes. She felt like a duck waddling about. And, oh, how her feet hurt as she tried to stay on point. Just thinking about it made her feet ache. But she persevered and soon was able to stay on point for several hours.

The ballet master, she remembered, was so mean sometimes. He had a cane that he would bang on the floor if anyone made a mistake. One time he yelled at Tatiana for a minor error in a position. She recollected how she had burst into tears and ran off the floor. She soon learned, though, that the ballet master only wanted her to be her best.

By now, standing in “the room of reminiscence” by the flickering candles of the candelabra, she was reveling in her dancing career. She could hear the music, feel the costume, sense the audience, and almost dance again. She started to hum a melody from “Les Sylphides.” She had danced the part of one of the four danseuses. How light the music and how beautiful the movements! The audience was extremely moved by the performance. At the curtain call there were shouts of “bravo, bravo!”

Here was a pair of chausson de points that were made with white satin. “Let me see,” she thought, “In which ballet were these worn? O yes, it was the Sleeping Beauty.” She had danced the part of Aurora and Florimund was captivated by her beauty. He was so strong and was able to lift her lithesome frame so high. It sometimes took her breath away.

That reminded her of the ballet master, Sergio, who took her to task. Once day he asked her to lunch with him. She remembered how surprised and nervous she was. “The ballet master is taking me to lunch!” she thought. They had such a good time together. That was just the beginning of a friendship that turned into a marriage. What a wonderful life they had together and the three children they had; all doing so well today, all dancers; and good ones too. She missed dear Sergio so much.

As she thought of Sergio her attention drew to a final pair of toe shoes that were cream colored. The toes shoes were worn but they still looked good. Tears came to her eyes as she remembered that these shoes were worn at her final performance before retiring. It was a performance of “Swan Lake” and she was Odette. She had also danced Odile, the black swan, but she preferred Odette, the white swan. She remembered that in the ballet she had executed twenty pirouettes non-stop and received audience applause for it! Besides, Siegfried was danced by her husband, Sergio. What a pair they made, so handsome, fluid and beautiful.

She could still hear the audience shouting, “Bravo, bravo, Tatiana!” And the flowers, they were everywhere. The whole stage seemed to be one big beautiful garden. “How wonderful,” she thought as she clutched the satin shoes to her breast.

The candles were burning low now and the room was getting dark. It was time to leave “the room of reminiscence.” Slowly she turned and with the candelabra in her hand, closed the door and turned the key. Would it be another year before she returned?

Back by the fire and seated in the rocking chair once more, she leaned her head back and closed her eyes. A vision of Sergio and herself came into view. They were taking their last bows. The shadows on the wall made by the fire flames almost looked like two dancers acknowledging an ecstatic audience – Swan Lake forever.