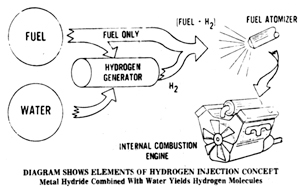 Harry Neville of 2228 Villa Drive sent the following article to The Waynedale News. It was published in the Indianapolis Star on December 14, 1975. I looked up the lab on the internet and found that Brookhaven National Laboratory is a scientific research center, at Upton (town of Brookhaven), Long Island, N.Y. It was founded in 1947 by Associated Universities, a management corporation sponsored by nine eastern U.S. universities. The corporation ran the laboratory under a contract with the U.S. Dept. of Energy (DOE) until 1997, when safety problems led the DOE to replace it. Brookhaven conducts multidisciplinary scientific work, e.g., studies of atomic nuclei and human genetics, investigations of the effects and uses of nuclear radiation, and research and development in nuclear technology. The laboratory’s equipment includes nuclear reactors and particle accelerators. The facilities also include a center for work in nuclear medicine. Students from universities around the world work at the laboratory.

A newly developed hydrogen storage system is likely to revolutionize the internal combustion engine, eliminating the need for gasoline and enabling motorists to operate their cars at the equivalent of 6-cents–a–gallon gasoline scientists report.

This system will help free American industry from its dependence on Arab oil, will provide hundred’s of thousands of new jobs and may be instrumental in catapulting the economy into a new prosperity, analysts say. In addition new uses will be found for oil and oil products.

THESE declarations are much more than the mere figments of someone’s imagination, a Sunday Group story reports.

And water may become the one of the components that will help free America of its dependence on oil. The team has prepared what it calls “a practical storage system for hydrogen energy.”

EXPERIMENTS have proved that a convential, mass-produced auto form Detroit can be converted to operate on hydrogen just by enlarging the mixture chamber in the engines carburetor. This makes the vehicle much lighter since the tank of hydrogen weighs much less then a tank of gasoline. The auto of the future, the scientists claim, will be powered by a removable cassette of packaged dry hydride fuel supply. The cars will perform better then those powered by gasoline and will be safer since the tank of hydride cannot explode on impact as a tank of gasoline might.

HERE’S HOW THE system might work in a family car: The carburetor would have to be changed to contain the required larger mixture chamber. This would cost an estimated $125. “I” beam slides could replace the gasoline tank for about $25. The experts predict that the cassettes could slide into the back area on the “I” beams. A service station under an entirely new nationwide system of refueling would stock a number of the cassettes.

HERE DR. REILLY takes up the story: “When a customer drives unto a service station, low on fuel, and the attendant unfastens wing nuts which hold the cassette to the “I” beam slides. Then the cassette is removed. The used cassette is replaced by a fully charged hydride cassette good for about 400 mile trip. “When the car leaves the station,” Dr. Reilly continues, “The attendant sets the used cassette to have it recharged with new hydrogen, and awaits its use in the car of another customer. “This cost will correspond, on the basis of energy, to a cost of 6 cents per gallon of gasoline, a cost which could be diminished considerably if the driver would want to wait until he arrives home to recharge his cassette from his own hydrogen supply.”

DEVELOPMENT OF the hydrogen powered automobile goes back 11 years to Roger E. Billings, then a 16 year old high school pupil at Provo, Utah. Billings , now president of his own firm, Billings Energy Research Corporation at Provo, built a hydrogen powered car, using hydrogen in the same form as was used by the National Aeronautics and Space Administration to power space vehicles. Billings was laughed at ridiculed and critized for not knowing better than to attempt to operate a gasoline engine on hydrogen.

BUT TODAY HIS achievement is recognized as a significant advance in the technology of energy use. The Billings firm is extending its research next month with an experiment with buses using hydride fuel. Buses might be one of the first applications since they could not use a central hydrogen fuel depot. A spokesman for Billings said two obstacles remain to be overcome:

1 Lack of major production facilities for hydrogen fuel on a scale which would be necessary for any significant use by motorists, and

2 Lack of marketing or distribution network for such a fuel and the fuel cassettes. While the United States Department of Transportation is interested in the Billings bus project, the company is not counting on any Federal money for continuing the research, the spokesman said.

WISWALL the other atomic energy physicist explains the chemical process as involving passing an electric current through a conductive water solution, causing the water to decompose into elements, hydrogen and oxygen. Inside the storage system that has been developed, the hydrogen is combined with magnesium powder, forming magnesium hydride; Wiswall says the compound is formed with the aid of a copper or nickel catalyst. A storage tank the size of a normal home oil burner can hold enough hydrogen to heat and electrify a house for months.

JUST AS easily as the hydrogen can be combined with the magnesium, forming by magnesium hydride, so it can also be decomposed to release the hydrogen gas which is used as the energy source. What remains would be the light weight magnesium powder, which can be reused to store more hydrogen. This is the basis of the plant we developed for producing the storage energy and it has developed at the Brookhaven National Laboratory at Long Island, NY. Hydrogen can be used to power generators that produce electricity for lights, heat or appliances, he explained. If there is a leak, it dissipates quickly and is harmless when inhaled. When it burns, it gives off water vapor and is none polluting.

A DECADE ago the same liquid hydrogen was found to be successful for fuel in U.S. space programs. Four protype trucks operating on hydrogen are being tested at NASA”S jet Propulsion Laboratories at Pasadena, CA. At the same time, Billings is testing his hydrogen powered automobiles at Santa Barbara, CA, calling the car’s modified dry fuel system a significant milestone in the search for a practical alternative to fossil fuels.

NASA has awarded contracts to General Electric Company’s space division at Valley Forge, PA and to the Kamam Aerospace Corporation, Bloomfield, Conn, to produce preliminary designs for large wind energy systems for generating electricity to be used in producing vast amounts of hydrogen to fuel the nation.