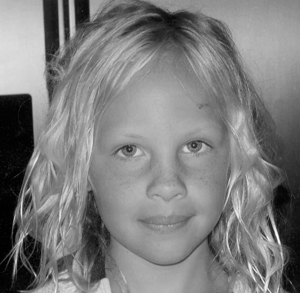 One time a new baby tiger was born. Its parents, Elizabeth and Thomas, decided to call it Kenya. It was a beautiful baby. One day its parents were arguing more than ever! Later that day her daddy, Thomas, left. Kenya knew it wasn’t forever, but she did know it was for at least the day.

Baby Kenya was sad but knew that she had to work around it. She saw three other baby tigers playing in the grass. Kenya had never really, played being a pretty new baby, but she decided to try and make friends. So she ran down the dead grassy hill at full speed. Then she stumbled a little bit and then walked closer to them.

“Sure!” one of the other tigers said. “I’m O.J and this is Jope and this other girl over here is Docie.”

All of the other tigers smiled playfully. All of them invited her to join their game of “Fast Rollers.”

Kenya looked a little confused but then asked how to play.

“Oh,” answered Jope. “It’s simple really. You just roll down that hill and see who gets down the hill the fastest.”

“Oh…Okay, I see,” yelled Kenya and they all raced to the top of the hill and then O.J called, “Roll!”

So everyone rolled down the hill. Docie and Kenya were pretty close but Docie won.

Then they only had about an hour until they had to come in.

“Whoa, I feel really itchy, do you guys?” Kenya asked.

“Oh well,” stated Jope. “It’s actually normal for us. We don’t know why we itch but we have an hour left, so let’s go find out!”

So they all ran to King Lion Opal’s castle. They walked in and immediately saw the king sitting on his throne.

“You must be brave to come here, asking such a foolish question about itching,” the king said looking very confused as if he were trying to act as if he should know the answer.

“I mean, that’s so ridiculous,” the king said stuttering.

Now, the baby tigers knew the great king himself did not know, so they all apologized to the king because of their foolish question and left.

They walked on and saw a big elephant and asked him the same.

“Oh,” he replied. “That’s simple I always get itchy when grass gets in my trunk, or when grass is on my tusks.”

“Thank you,” said the tigers.

But they didn’t have tusks or a long trunk so they kept walking with a half of an hour left. They came upon a hippo. They asked him the same question. And he responded saying, “Oh, that’s a good question! I get itchy when I swim and leaves and grass fall on me. It is only itchy for about three seconds because I just swim under the water.”

The tigers thanked him but they didn’t ever swim.

With ten minutes left they came upon a giraffe, they then asked her the same question and she said, “I get itchy when I am eating food off of trees and animals like monkeys run and swing on the trees causing grass and leaves to fall on me.”

They all thanked her but they didn’t have a long enough neck to stand on the ground and eat. So they saw that they had five minutes left. So they all ran home. As soon as Kenya got home she asked her parents why she got itchy after rolling down the big hill and they said, “Sweetie! It’s itchy because there is poison ivy in the grass. We will put Calamine lotion on it and it will be better by morning.”

And, sure enough, by morning Kenya was just fine.