Skip to content
A Look Back At Our Community In 2019 Featured Local News Spotlight
July 20, 2018January 19, 2019 Michael Morrissey 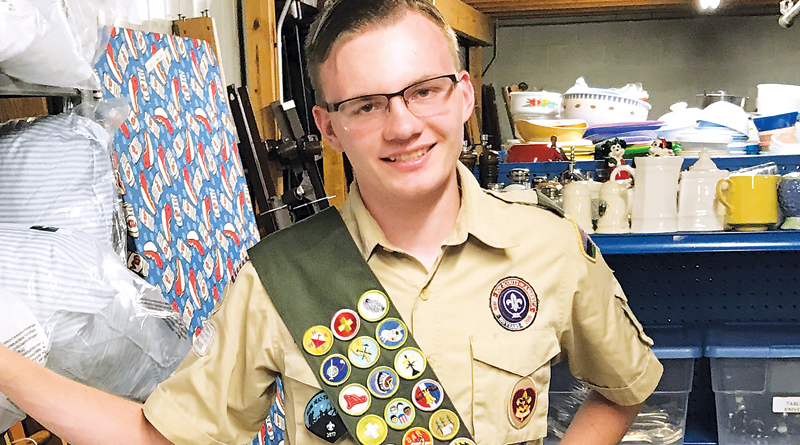 Imagine being a child who’s just had a long day at school, and not much for dinner. You’re ready for a good night’s sleep, but your family’s too poor to even afford to get you a bed, pillows, sheets, or blankets of your own.

That’s the problem that one local teenager is hoping to remedy with his altruistic Eagle Scout project, aimed at securing beds and bedding for the local families in need.

Working as a volunteer with the Mustard Seed Furniture Bank, Boy Scout, Will Luley, has created a drive to collect as many beds and as much bedding as he can for the collection agency, so it can be donated to those who may not be able to afford beds or bedding for themselves or their children.

A tall, lanky teen who will be heading into his senior year at Bishop Dwenger High School this fall, the 17-year-old has been in the scouts for 12 years, and completing this project would help him earn the coveted Eagle Scout status.

Luley has been volunteering at Mustard Seed, 3636 Illinois Road, since he was a freshman, as part of Dwenger’s requirement that all its students volunteer somewhere in the community.

As a part-time worker at the bank, Luley has tackled any number of tasks they needed. From building a storage and countertop area in the back of the building, to organizing hangers and blankets, the teen has become a valued addition to the bank’s work force.

“He knows how to prep stuff, that’s why he’s valuable,” said Suzie Jordan, Mustard Seed’s Executive Director, “We keep giving him stuff to do, but he kept drifting back to kids’ beds.”

In fact, Luley not only is working at the bank on Illinois Road to collect the needed bedding, but he’s also set up donation barrels at two churches he’s affiliated with to collect sheets, pillows, pillow cases and blankets. The barrels are at Most Precious Blood and Queen of Angels churches. The teen also has set up a donation website online where folks can donate cash to the cause, if they wish.

Luley and Mustard Seed are gathering specific bedding: It must be twin size, and the sheets and blankets must be new – no used items are being taken. Jordan estimates the cost of a bed and bedding being collected would be about $135 for each bed if Mustard Seed had to go out and actually purchase it.

“I’ve really enjoyed this project,” mused Luley, who proudly wears a Boy Scout sash featuring almost 30 patches for his completed scout training. “This will help kids from ages two to 18 who don’t have a bed to sleep in; and it will be beneficial to kids all over northeast Indiana.”

According to Jordan, the actual beds and frames are being donated by Wolf Corporation, so the main focus for Luley’s project is to gather the needed sheets, pillows, pillow cases and blankets to go with the physical beds. “They’ve been very generous to us and our project,” Jordan said of Wolf.

With beginnings in 2002, Mustard Seed is a furniture bank that collects furniture – some used and some new – that it either donates or sells at very low prices to help lower income residents.

The bank runs strictly on donations. No government grants or United Way funds are used in its operations. So far, according to Jordan, the bank has served roughly 16,000 children from more than 9,000 households in our region. Those numbers mean more than 9,200 beds have been donated since the center was opened.

Jordan appreciates the tough job that Luley is helping them do.

“This is not an easy job; this is a multi-faceted project with a lot of organization and public relations that he’s tackling.”

She said the end result will be a blessing for Mustard Seed, and for the generous teen Boy Scout.