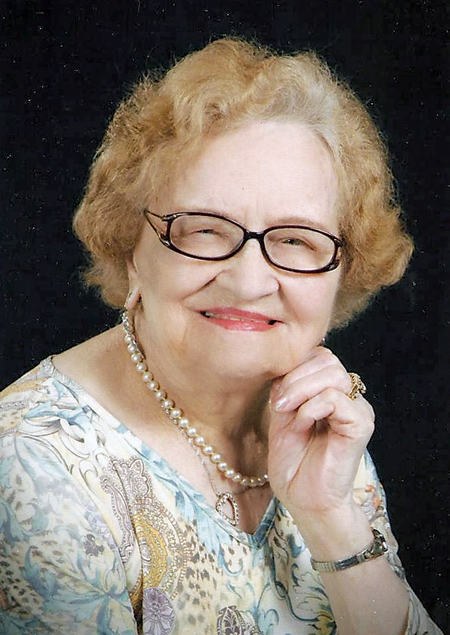 Waynedale resident Noella Kruse certainly has had a life well-lived, and a very interesting life as well.

Despite her mother’s numerous warnings that she should never bring home a soldier, somehow Charlie Kruse, who was from rural Allen County, won her heart and her mother’s too. They were married in Belgium in 1945. Mr. Kruse died in 2001 after he and Noella had been married for 56 years.

Mrs. Kruse was born in a small town in France, but the family had to move a couple of times to safer areas because of the war. They ended up living in a French speaking part of Belgium, where she met Mr. Kruse.

She said she was walking home with friends one day when they encountered some American soldiers. She would not talk to them because of her mother’s admonition. One of them, Charlie, thought she was “cute,” so he followed her to see where she lived. The rest is history.

When the war was over, Mr. Kruse was sent back to the States and was discharged from the Army. Mrs. Kruse followed a few months later with her five-year-son, whose father had been killed early in the war.

The young family settled in a house on Taylor Street, and Mrs. Kruse learned English and became a naturalized U.S. citizen. She and Charlie had three more children and in 1969 moved to Waynedale.

Her daughter, Lily Mertes, lives in the Waynedale area very near her mother’s house. Her sons, Jack Janssens and Jerry Kruse, also live in this area. Her other son, Larry Kruse, died in 2013. In addition, Mrs. Kruse has 8 grandsons, 11 great-grandchildren and 8 great-great-grandchildren.

Noella loved living in her home in Waynedale where the family had a big yard and garden tended by her son, Larry. She canned and froze vegetables, fruit and jams from the garden, which the family ate all winter.

When I asked about her secret for such a long life, Noella mentioned that she ate home grown food from the garden. She also talked about exercising. Noella remembered when the family first moved to Waynedale, she rode her bike often.

She said she rode her bicycle down Ardmore Avenue, Engle and Bluffton Roads, something that would be almost impossible now because of all the traffic. Mrs. Kruse has always loved animals and has had several dogs and cats over the years.

Until she had to quit due to her age, Noella was well-known around the Sandpoint Road area for walking her dogs often as much as three miles a day. She loved seeing the birds and other critters in her backyard and made sure the bird baths and feeders were full.

Mrs. Kruse acknowledges that she has seen many changes during her lifetime. She particularly pointed to when the family got their first television and how much her husband hated party telephone lines.

Noella celebrated her 100 years at a gathering of family and friends at Sears Pavilion in Foster Park. The open house included family coming all the way from Belgium. A grandson, who is in the Navy, came to the celebration from Japan and another grandson and his family flew in from Florida. A great-grandson, also in the Navy, came from Virginia Beach, and other family came from Ohio. Eightieth District State Representative Phil GiaQuinta presented Noella with a proclamation recognizing her 100th birthday.

I spoke with Noella just a few days before her birthday. I asked her how it felt to be 100. Noella, who still has a great sense of humor, laughed and said she was not 100 yet and not to push her to be older than she is.