Skip to content
A Look Back At Our Community In 2019 Featured Local News Spotlight
February 2, 2018January 19, 2019 Michael Morrissey 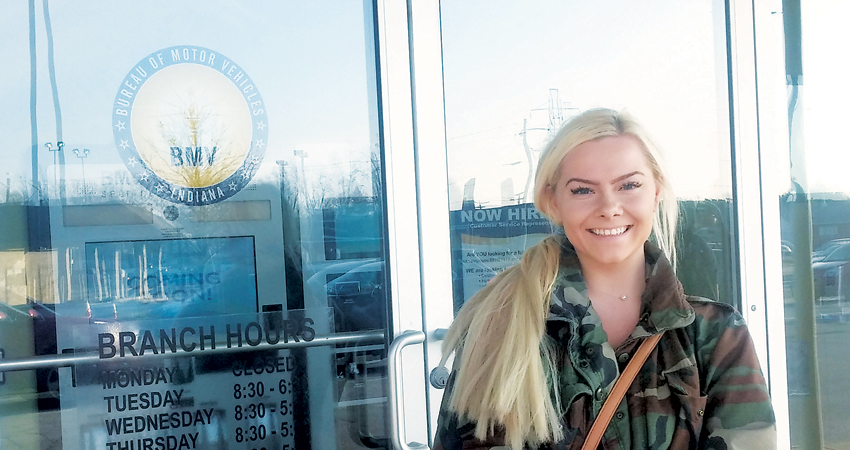 Waynedale’s branch of the Bureau of Motor Vehicles has a new location.

The old license branch at 6721 Old Trail Road has closed, and a new office recently opened in the Wayne Plaza Shopping Center located at 6011 Bluffton Road, according to Indiana Bureau of Motor Vehicles Director of Communications and Public Affairs Christine Meyer.

The new branch officially opened on Tuesday, January 23. It was closed however – as per its regular schedule – on Sunday, January 21 and Monday, January 22. The move was completed during those regular days off.

The old location was being leased by the state, and state officials aren’t sure what will happen to the old building. That, according to Meyer, is up to the building’s owner.

State officials say that the new, slightly larger space on Bluffton Road will allow them to make their license and vehicle services more efficient, and that there likely will be no service changes in the new location.

This coming spring, the group also plans to improve the building’s façade and upgrade the complex parking lot illumination to add LED lighting.

“There was a lot of planning that went into this,” Romary explained, “and that’s good, because we wanted it to be good for them.”

And, the City of Fort Wayne is getting in on the improvement act, as well. The city plans to add a left-turn signal at the south entrance of the plaza, where Old Trail Road intersects with Bluffton Road. “With all the added traffic,” Romary reported, “that’ll be safer.”

Romary said that the state had been scouring the area, looking for other locations for their new BMV, but decided to stay partly because it was the only other Waynedale location they were considering, and partly because the owner — his office — is located in the same shopping plaza, at 6005 Bluffton Road, so any concerns or troubles, they could come right to him, rather than dealing with a landowner from the East or West Coast who might be more difficult to contact.

There are currently three other BMV branches around Fort Wayne, including the Pine Valley branch which was recently in the spotlight as a test center for the first self-service BMV machines in the nation, according to Meyer.

Called BMV Connect, the computers allow drivers 24-hour self-service to complete many routine transactions, such as registration renewal; duplicating their registration; renewing their driver’s license; getting their official driving record; paying a reinstatement fee; updating their email address; updating their mailing address; and getting a duplicate title.

“Many Hoosiers are unable to visit a BMV branch during normal business hours,” BMV Commissioner Peter Lacy said in a statement, “and others do not have the ability to utilize the agency’s online services. Having the option to visit a BMV branch any time of the day and complete a routine transaction is something the taxpayers should be able to do and the Indiana BMV is proud to provide this service.”

Indiana’s BMV is considering rolling out the service elsewhere around the state, in the near future.

But, as for the Waynedale move — according to Meyer — it was about more than just getting some additional space for the state’s digs. It’s about better customer service, as well.

“Customers will be well served by our efforts to use this new space as efficiently and effectively as possible,” Meyer said. “We always strive to create a best in class experience for Hoosiers and we believe this move will help us reach that goal.”

For Romary, the deal was about more than making a good deal for his firm; it was about keeping Waynedale strong and keeping people here.

“I’d hate to see that facility move,” he said. “There’s a lot of people that visit that place, and we want to keep those people here in Waynedale.”