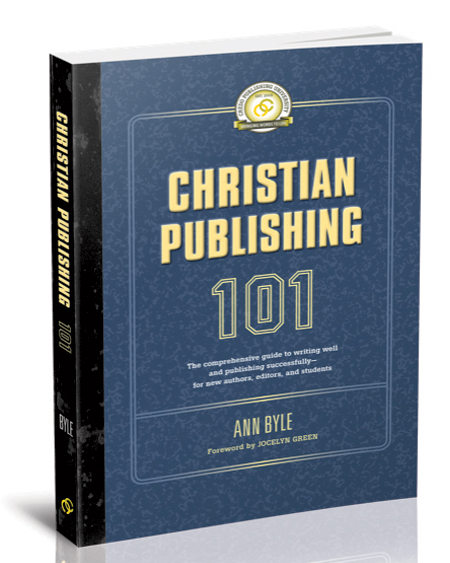 Credo House Publishers has announced the release of a compendium text titled Christian Publishing 101: The Comprehensive Guide to Writing Well and Publishing Successfully. The book features chapters written by the leading Christian authors and editors in America, including chapters by Taylor University professor Dr. Dennis E. Hensley, and by a graduate of the Taylor professional writing major, Amy Green, now a publicist and editor with Bethany House Publishing Company.

The book’s compiler and editor, Ann Byle, notes, “We spent more than two years interviewing the top writers, literary agents, and publications editors across the country. We also asked them to contribute specific chapters about how to write novels, nonfiction books, articles, interviews, devotions and testimonies. Thus, in this one volume we now have the wisdom and experience of the leaders in this realm of publishing.”

Among the contributors are Jerry B. Jenkins, author of Left Behind, Andy Scheer, former editor of Moody Magazine, Lin Johnson, editor of Christian Communicator magazine, Susan King, editor of The Upper Room devotional quarterly, Bill Myers, author of the McGee & Me children’s book series and James Scott Bell, columnist for Writer’s Digest and award-winning novelist, among others.

Byle adds, “One of the first persons we contacted to be part of our line-up of contributors was Dr. Dennis E. Hensley. His writing program at Taylor is recognized as the leading college writing program in America, so naturally we wanted his input. The added bonus was when he referred us to Amy Green, one of his graduates, who now is an executive with the editorial staff at Bethany House. She wrote a chapter on how to prepare book proposals and a chapter on how authors can publicize and promote their books.”

Dr. Hensley recalls, “Amy Green was a very diligent student during her four years in my writing program. She published two stage plays, four novels, and numerous articles, devotions, and reviews even before graduating. She now spearheads the promotional campaigns of a wide array of authors, and she continues to be a writer herself.”

Among the topics covered in Christian Publishing 101 are time management for writers, negotiating book contracts, the pro and con aspects of self-publishing, understanding copyrights, developing a distinct style of writing, securing the services of a literary agent, and becoming proficient at proofreading and copyediting.

“I was pleased to contribute a section on how to maintain a regimen and sustain the discipline necessary to succeed as a writer,” says Dr. Hensley, himself the author of more than 60 published books. “I’ve read the whole book, and I can affirm that each chapter offers pragmatic, contemporary, hands-on advice. It’s solid!”