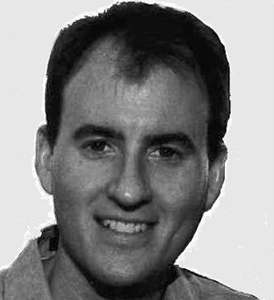 Two books have caught my attention lately. From the title of this article you may be able to guess which two. A young boy resuscitated from death has his story recorded by his father in a book about heaven. In the second book, a young pastor apparently challenges the traditional Christian belief in hell. Neither the first-hand report of heaven nor the skepticism about hell is new. Interestingly, I remember as a child at youth camp hearing the testimony of an evangelist who died after touching a super-high voltage electric wire. His body turned black and the hospital put his dead body in the morgue. Amazingly, in an hour or two he resuscitated. Before he died he was an unbeliever and a course individual. But he reports that while out of his body he saw a lake of fire like water lapping at the shore and then a glorious being, presumably Jesus, who gave him a second chance. He came back to life completely changed as a believer in Jesus and dedicated his life from that point on to ministry in the church (he’s still alive now I think, maybe nearing his ’90’s). Many others have reported experiences of some kind of life after death.

Doubting the existence of hell is nothing new either (its ironic that this subject comes up in the same breath as discussing people who report having seen not only heaven but hell, a place of terrible torment). Throughout history before and after the birth of Christ, people have taken various attitudes about hell. The ancient Jews didn’t have a clear idea about hell. The Old Testament sometimes speaks of Gehenna as a place of final judgment, referring to a deep ravine next to Jerusalem where the people would toss their trash. It seems that the Gehenna trash pit smoldered constantly and maggots would feed on the refuse.

The fire and the maggots of the real Gehenna were symbolic for the ultimate destiny of those who rejected the God of Abraham. What could they mean by something tragically lost in a terrible fashion. At other times the Old Testament leaves the impression that evil people would simply be annihilated. The New Testament in more than one passage draws a clear distinction between the destiny of those who follow Jesus and those who don’t. Matthew records Jesus saying simply that the road to Hell (destruction) is wide and many travel it, while the road to life is narrow and few find it. The famous words from John say that those who believe in Jesus will not perish, but have eternal life. Again, the overall picture of the New Testament shows two options, not one option, not three, just two, heaven and hell.

Wait, this is an uncomfortable subject; but isn’t that exactly the point? If there is nothing difficult or painful or life-threatening about our moral failures, what exactly is the point of calling Jesus a savior? Saved from what? If cancer isn’t all that bad, why would the doctor who discovers a cure be hailed as a messiah-like hero?

The problem that some people, including some modern church leaders, want to solve is why God wouldn’t just save everyone. The want to put everyone on equal footing, all ultimately experiencing the same destiny. The atheist would equalize everyone by denying the existence of God and the soul. In their world all humans, from the best to the worst, face the same destiny, complete non-existence after death. In their world it’s as though everyone goes to a sort of secular hell (or heaven depending on your perspective), a state of complete nothingness. The other extreme among Christians wants to equalize everyone’s destiny, all will eventually go to heaven. For centuries some people have tried to work out a way to downplay or eliminate the reality of hell, hoping somehow to rescue God’s reputation. Certainly, a really loving God couldn’t send anyone to eternal suffering, could he? And how could God be less inclusive and tolerant than we? If humans have evolved past the days of discrimination, how could anyone dare suggest that God would actually call some people sheep and others goats or wheat and weeds and then warn of sorting them out from one another offering rewards to one side and punishment to other? So in an attempt to rescue God from scandalous press,  the latest hell-skeptics have chosen to perpetuate the old idea that there really is no hell after all.

The current fascination with heaven and hell suggests a couple of things. Many people are actively thinking about their mortality. That every life will someday end is a given, but the sense of its shortness often goes unacknowledged. When people wonder about heaven and hell it must mean they remember the days are short, even for the most healthy or prosperous. Second, it suggests that traditionally Christian-background Americans are coming into contact with people from other religions. For the first time in American history, large numbers of Buddhists, Muslims, Hindus and other clearly non-Christian religious adherents are moving into the mainstream. It’s one thing for a Baptist to wonder every now and then about his Lutheran neighbor, but it’s not such a big deal because at least they celebrate the same major holy days and share the same Holy Book. But what about the Asian or Middle Easterner who worships in alien ways? His or her presence stirs the questions, “I’ve always been taught only Christians go to heaven, but these people seem pretty decent, maybe even nicer than my Christian neighbor, so how could God send them to hell?” and “If God is real, I really would want my foreign friend to go to heaven, is that something I should worry about?” A popular answer to these questions gives the soft reassurance, “Don’t worry about heaven and hell for yourself or your non-Christian neighbor, in the end everybody wins.”

The irony is that however much it eases the consciences of some people, the answer doesn’t particularly satisfy the adherents of other religions. For example, Buddhists and Hindus, though different in many ways, basically hope to escape the wheel of reincarnations and to find a sort of nothingness. Muslims value a heaven wherein dwell the faithful to their prophet and his law, that would basically rule out all others. Even for decent people, the expectations of what constitutes a rewarding and satisfying afterlife vary greatly. They are not asking for a heaven bowing before the Christian God. So if the Christian universalists have their way, many millions in the world will live in heaven with buyer’s remorse. Many if not all of the members of other religions have made choices leading them further down the path of the forefathers. Does God force heaven upon anyone?