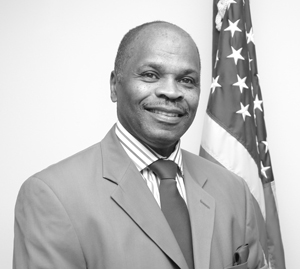 As I am writing this column, it is very cold and windy outside, and we received a few inches of snow last night with more expected tonight. Schools are closed today because of the bad weather. Can you even imagine what it would be like to be homeless in this weather? I know I can’t.

Fortunately, we have some services within our community to help out our homeless population. And, one of the ways we are able to do that is by participating every year in the Point-In-Time Homeless Count, conducted by the Homeless Task Force. The Count is done on the same day in January throughout the country. The Count is reported to the Federal Government and assists us to get funding to help end homelessness.

Wayne Township was pleased to be selected again this year as one of the four host sites in Fort Wayne for the homeless count. We were especially excited because the Homeless Task Force added some new services this year for those homeless persons participating in the Count. This year, the Task Force, with the assistance of the Board of Health, offered flu and tetanus shots and TB tests.

The Task Force also gave away backpacks, filled with items a homeless person might need. Debbie Smith, Chair of the Homeless Task Force, said some of the items in the backpacks were hats, scarves, gloves, socks, thermal underwear, trash bags, sub-zero temperature sleeping bags, bandaids, aspirin and personal hygiene items. Heavy sleeping mats also were available for those who wanted them.
The way the Count works is that the Task Force tries to get the word out to the homeless by handing out and posting information in locations they frequent. The Task Force got help this year from some homeless persons who were willing to speak with others about the importance of participating in the count.

On the day of the Count, people could come into our office or the other three sites. Volunteers help them fill out a survey. The other sites were the Rescue Mission, Ave Maria House and Wellspring. All the sites were chosen because they are places homeless individuals are familiar with and come to for services. The Rescue Mission offers meal and shelter. Ave Maria House is a day shelter for homeless persons and Wellspring offers a food bank, meals and other programs.
The other way homeless persons were counted this year was by walking teams going out to places where homeless persons stay. That would include under the elevations or bridges downtown.

We do what we can at Wayne Township to help the homeless, but we are restricted by Indiana law as to the help we can provide. Financial assistance for rent, mortgage and utilities can be provided only to those who already have homes. This is a way to prevent persons from becoming homeless, but does not help those already without permanent residences.
We provide food help for the homeless either through the food bank at our office or from the Community Harvest Farm Wagon, which comes to our office on Mondays. We also help by providing assistance with obtaining medicine for those who cannot afford their prescriptions. Our special events such as our health fair and coat drive provide much needed medical care for those without homes and clothing to help keep homeless persons warm.

And, we at the Wayne Township Trustee’s Office provide homeless persons with free coffee in the morning and use of a telephone. These may seem like small conveniences to many of us, but mean a lot to someone who has just slept outside in the cold.