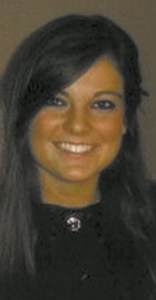 “My ability to concentrate and work toward that goal has been my greatest asset.” – Jack Nicklaus

The Junior PGA was held at Sycamore Hills Golf Club on August 2-5. Over 150 of the world’s greatest junior golfers traveled to Fort Wayne, Indiana for three days of competition. With Jack Nicklaus’ quote tucked in the back of their minds, the juniors tried to play their best rounds on a golf course designed by him.

The Bishop Luers Girls’ Golf Team had been scheduled to watch the Junior PGA since the beginning of summer, and it proved to be a worthwhile experience. Inspired by the boys and girls competing, the Luers’ team members noticed many aspects of the golfers’ game that they will utilize for their own matches in the future.

“The concentration was neat to see in the players, especially since they were new to the course,” said Luers golfer, junior Libby Devlin.

Even when the weather caused some trouble, the players tried to maintain their rhythm as they mentally overcame the rain.

Senior Lexie Hamel commented on her favorite part of watching the tournament, “Watching the Junior PGA taught me that it’s really important to have a routine before every shot and to practice every day if you want to improve your game.”

Junior Georgia Gladding was impressed by the traveling done by the contestants.

“The distance some players traveled was amazing. People came from Puerto Rico, Thailand, and all 50 states to play golf in Fort Wayne, Indiana. This showed the amount of dedication those players have to the game.”

After the first two days of competition, only the elite golfers made the cut for the final round. Thirty-six boys and thirty-five girls qualified by scoring at the most four over par. After the tournament ended, the boys’ champion was Denny McCarthy of Maryland, scoring an impressive nine under par after 54 holes. Cassie Isagawa of Hawaii earned the championship title for the girls after a playoff with Ginger Howard from Florida. Both girls shot a three under par. The tournament was covered by ESPN and the Golf Channel with a one hour highlight program airing on Tuesday, September 13th at 8 P.M.

The contestants had a rewarding experience at Sycamore Hills Golf Club, learning from their decisions, good shots and bad, just as the Bishop Luers Girls’ Golf Team ascertained from watching them.

Some journeys ended in heartbreak while others ended in a championship, but all of the contestants had the privilege to play at Sycamore Hills Golf Club and none should be disappointed.