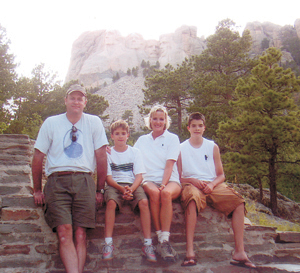 The Fort Wayne City Council has recently begun discussions about how to deal with the makeup of Council districts in the face of the pending Aboite annexation. They are right to deal with the issue now. With the annexation, the Fourth District, represented by Dr. Tom Hayhurst, would absorb the entire group of new city residents, leaving his district with approximately 61,000 people, versus around 36,000 for the other five. That imbalance requires action by the Council to re-set the numbers. We can expect a new configuration for the Council districts to be in place prior to January 1, 2006, the date the annexation becomes effective.

The larger question is whether the City should ask the State Legislature to allow it to add new districts, in an attempt to keep the number of city residents represented by a council member as small as possible. State law sets the governmental structure of our cities, and requires, for a city our size, that we have nine council members, made up of six districts, plus three at-large representatives.

Recently, State Representative Win Moses and I met with a special committee from the Council, made up of Council members Tim Pape, Tom Smith, and John Crawford. They wanted our opinion as to the best way to approach the State Legislature about requesting a new structure for the council districts. Win and I were basically in total agreement; we believe that because Fort Wayne has the unique status of being by far the second largest city in the state, we can effectively persuade our fellow Senators and Representatives that our city deserves the freedom to create a new structure for the city council. The key, however, is to have the plan in place when the request is made.

In other words, we can help the City and its Council create new districts, so long as the number of new districts are clearly defined. That, of course, requires agreement among the Council members. We cannot get something done if the Republicans and Democrats are feuding over what the new structure should look like.

Win and I also believe that the request has to be for a specific number of new districts; requesting that the City be allowed to create a structure in any fashion it deems appropriate is unlikely to win approval from the Legislature. You must be pragmatic when asking for significant change like this; asking for two new council seats is far more likely to succeed than asking for an open-ended, carte-blanche right to structure the City Council in any way the Council sees fit. Why? Because change can threaten others, and if another large City sees what Ft. Wayne is trying to do, and believes that it could threaten their own current structure, they could ask their Legislators to oppose the change. It is the old “letting the camel’s nose under the tent” theory; once you let change happen, it will “open the floodgates”, and that can threaten one political party or another that is currently in power. A specific request is less threatening to other cities, and thus much more likely to succeed.

As I said, pragmatic politics needs to be pursued in seeking such a change. Will the City Council follow the advice of Representative Moses and myself? Time will tell, but it will be an interesting debate. Regardless of the outcome of that debate, however, one thing is certain: the new law should be sought in the next Legislative Session, beginning in January. The City needs to have its new structure in place prior to the January 1, 2006 effective date of the Annexation, because as of that date, the new residents must have representation. The City owes it to these new residents to have its act together by then, so that this historic, and difficult, change can go as smoothly as possible. This means that whatever change is requested needs to become law next year, so the redistricting can be completed by the fall of ’05.

Wish the City Council, and everyone involved, good luck as we grapple with the first big wrinkle in the 2006 annexation of Aboite.