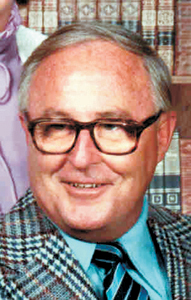 I first met Les Maxwell around 1980 when my sons joined Troop 44. I was told that Les had been Scoutmaster for that troop at one time and after he stepped down from that position he continued to support the troop by paying for the insurance on the Scout Cabin, helping with the building expenses, seeing that the grounds were maintained and the grass cut, paying the gas bills, paying the electric bills, and supporting the troop and building with monetary gifts when building and troop funds were running low and there hadn’t been any fund raisers due to low troop numbers. Even after the troop got back on its feet Les was there with advice and support. If it hadn’t been for Les Maxwell neither the troop nor the cabin would be here today. I’m proud to have known you Les; the world would be a much better place if other Scoutmasters would look up to you as an example and try to duplicate your generosity and love.

It’s a wonderful life. We all know the Christmas classic in which George Bailey touches the lives of many throughout his lifetime. Much like the movie character, Jack Carter has touched the lives of many in the Waynedale area. To those who knew him and loved him, little needs to be said about his character.

His life ended at the untimely age of 57. His legacy will live on for many years. He was a true family man and a great neighbor to all. He offered his help to anyone in need. Jack was a Boy Scout leader with troop 44 for several years. His son, Jerrod was a member of Troop 44 and is now married and living in the Indianapolis area. His daughter, Lisa is now married and living in Illinois near her mother, Jack’s beloved wife, Karla. It would take a book to follow Jack’s life story. The following story will give you a glimpse of the type of character that I will always remember as Jack Carter.

It was a cool Spring Friday evening when the Scout Troop 44 left the Scout building for a camp out at Chain of Lakes State Park. The group youth camping area is a great place for boys to run and play, fish, canoe, or to prepare food over an open fire. In the evening it began to rain, and rain, and rain some more. We were camped on a hill so there was no danger of flooding. All during the night during the downpour, about every thirty minutes, Jack would unzip the tent flap and stick his head out to see if everything is all right?

Jack expressed his concern that the wind would blow down one of the boy’s tents on top of them. I too was concerned, and I assured him that they would certainly let us know, if a tent did blow down. Sometime early in the morning, shortly before daylight, I told Jack that, if he stuck his head out one more time, I was going to nickname him turtle. We both had a great laugh. I expressed my appreciation for his compassion for others.

Daylight came, and it was still raining, but the wind had subsided. We packed all wet gear as fast as we could and returned to Fort Wayne to prepare breakfast. The weather cleared and we spent the rest of the weekend at the Scout House on Lower Huntington Road. The boys will remember that camp out for a long time. Jack, you will always be remembered in the hearts and lives of those who know and love you. God Bless you Jack!
Walt

He could tune a carburetor better than any auto mechanic and he did it strictly by ear. He also drove one of the most memorable ‘camping’ cars you ever had a chance to ride in; you’d best be wearing rubber boots so you wouldn’t get your feet wet. He finally solved the wading pool problem by drilling several holes in the floor board to let the water out; he never bothered to fix where the water came in and I’m not sure that Jack knew where it came from. Jack was one great guy; he made everyone around him smile and the Scouting world, as we know it, is a better place because of him.