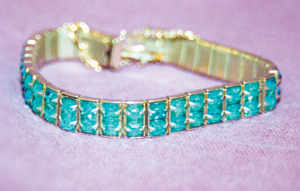 I remember smelling the delicious aroma of simmering spaghetti sauce the minute I walked into the building where our apartment was located. My college senior husband often combined studying with preparing our evening meals. That sauce took hours to cook so I knew this was going to be a special evening.

The four corners of our one room apartment made up our entire living area. One corner, (our living room) normally contained an over stuffed chair. The second corner, opposite of the first, was our ‘kitchen’. The third corner was his ‘study area’, and the fourth remaining corner was our ‘bedroom’.

The chair was gone and in its place stood a makeshift home made reindeer. It was made up of a large box with a tail of frayed rope supported by four wooden legs. It had a medium sized box with wooden antlers for the head. A shiny red parcel had been placed where the nose was supposed to be. My cute little “Rudolph” reindeer surprise was complete.

My “One-and-Only’s” creativity was amazing. I had an inkling of an idea then that my life with him would not be dull. Curiosity consumed me. What was in the little red parcel/nose? I was scared to touch it. For me, it took much more than just self-control but finally Christmas did arrive and the red nose turned out to be an aquamarine gem inlayed tennis bracelet. I remembered hinting for it several times after seeing it in the jewelry shop window. It was beautiful and I wore it often.

A year later the clasp broke, and since money for fixing bracelets was not among the top ten priorities; my aquamarine gem inlayed tennis bracelet was tucked away in a drawer. I missed wearing it of course and did so wish that it could be fixed someday.

Years later, close to one of our anniversary dates, my husband asked for a gift idea. I suggested having the bracelet mended. We made the rounds of several jewelry stores only to be told the same thing at each place, “It’s been many years since bracelets like that were made. There is no way to attach another fastener.” Of course I was disappointed, but we kept on trying. One store manager promised to try getting a clasp from a salesman who called on him regularly and he said that the man had been in the jewelry business a long time. At least, he gave us a glimmer of hope.

Two days later we were shaken when we read the newspaper headline, “FREEMAN JEWELRY ROBBED”. The thieves had even stolen the jewelry that had been left for repair. My bracelet was in that store. I thought, “Well, that’s that; now I have no bracelet at all.” I wanted it back but I knew I only had a half-prayer of ever seeing it again. I doubted if anything would alter the situation. Although I missed it terribly, I tried to tell myself it was not that important of an issue.

Three months later my husband happened to be near the store and decided to go in to check on our loss. The clerk asked his name and was told the bracelet had just come back from being sent out for repair. The thieves had not gotten it after all. The bracelet was mine again. What started out as a reindeer’s nose many years ago still looks as beautiful now as it did the day I received it on our very first Christmas together.