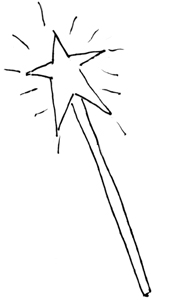 (Part one of two)

This is a story of a 5-year-old girl names Hannah. She is one of God’s special people. She lives with her three sisters and parents who all love the Lord. They pray together and care for one another in special ways. Hannah is a delightful child who dances around the house and who likes to whirl around until she falls down. She is happy and fun to be with. She sings to the Lord and is always ready to pray at the table.

The whole family visits her daddy’s parents in Fort Wayne, Indiana. They are called Opa and Oma because Opa’s mother was born in Germany and Oma’s daddy was born in Holland. On one of the visits Hannah and Holly, her older sister, went shopping. Oma took Holly shopping while Opa took Hannah to a store filled with fun small toys and trinkets, all things that little girls and boys like. Opa didn’t have to say anything because Hannah was having so much fun looking at all the treasures. She was very careful to pick just what she really wanted because Opa said that eight dollars was the limit. She would pick something only to later put it back for something else; Opa was having a great time watching Hannah. One item that interested her was a wand with a star at the end. This “star wand” was silver and was covered with lots of glitter.

When they got home Hannah started to use her star wand to change Opa into a dog, then a pig, then a bear. Each time she touched Opa he tried to act like a dog or bear. The one he liked the best was to be changed into a handsome prince! Later Hanna went all around the house touching everyone and changing them into whatever she wanted. It was then that Opa and some others noticed that the glitter from the wand came off everywhere. On hair, clothes, faces, and even on tables and chairs!

Hannah was having such a wonderful time touching everyone with the star wand. Then she noticed a strange thing. Whoever was touched and got some glitter on them had a wonderful warm feeling all through their body. It made them laugh and be happy.

It didn’t make any sense to Hannah until she returned home and was playing with the little girl down the street. Hannah didn’t always enjoy playing with her because she was always so sad. Her family was poor so she didn’t have many toys. When Hannah was with her and showing her the star wand, she touched her with it and some glitter came off on her hair. Her hair sparkled and she popped up right away. It was such a change that Hannah was surprised.

What happened after, Hannah didn’t see. When the little girl went home to her mother, some of the glitter came off on her mother’s dress and she laughed and hugged her daughter!

Hannah began to figure out what was happening. The star wand was a way to show God’s love. How delightful! It was then she started to think of all the people that were mean or sad and how she could touch them with her wand.