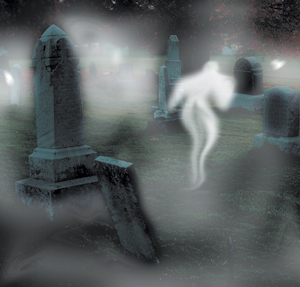 With Halloween season soon upon us The Waynedale News asked a few “older” kids, now lawyers, engineers, and business owners, from the Waynedale area what they remember doing on Halloween. Some of them recalled playing a few of the following practical jokes. Perhaps you were one of those pranksters. Harmless, and often hilarious, our readers relate stories on some of those pranks and happenings around Waynedale.

“Halloween is coming and I am afraid the glory days of Halloween Trick or Treat pranks may have ended when I quit hitting the streets many years ago,” reported some of the “now in their twenty’s and thirty’s” neighborhood kids from the Waynedale area. “My brothers and I, and even some of our close friends just down the street, used to do some amazing prep work for Halloween. We would bury eggs for rotten eggs weeks in advance, we would set aside rolls of toilet paper, cans of shaving cream, make lists of evil neighbors and plan to be up all night if needed to get our prank on.”

Another Waynedaler recalls years ago dressing up and sitting at the back fence with a bowl full of candy. “I sat there and waited, very still, as if I were a stuffed creature. I put nothing but the best candy in the bowl that sat on my lap just to ensure I got a lot of traffic — chocolate eye-balls, black skull suckers (the kind that turns your tongue red) and huge chocolate bars.” “When the ghosts and goblins and their friends come by and reach into the bowl for a piece of candy, I would pop up and say “I see you!” or “GOTCHA CHA CHA CHA!” He remembers that this prank never failed. It would scare the pants off them leave them laughing or shrieking.

It’s a good thing these kids, at least most of them, no longer live in the neighborhood, because I overheard them talking about passing out carmel onions.

Legends of ghosts and strange happenings have long been told about haunted houses and cemeteries in the Fort Wayne area. The lights in windows at night, the appearance of “phosphorescently glowing” lights in the cemetery and unusual tombstones.

On one such tombstone reported to be in a local cemetery there are three dates. The inscription on this tombstone reads, “A little bit of time, another breath upon the wind and another woman will bear me.” Also on this tombstone is an inscription. Our reader reports that someone has attempted to get this inscription translated but only to find out that it was best to be left alone. History has it that many stories involving hauntings and unusual happenings have their roots in some form of violence. It was reported that this lady was found in a cornfield and her death was deemed to be a suicide, she was shot in the head. But the question remains how did the gun that was found fall twenty feet from her body.

A reader also reports to The Waynedale News, “…if you decide to go on a ghost hunt try not to unnecessarily touch or move objects. You should leave the natural environment alone. Ask the ghost to appear. If a ghost passes near you, the ghost catcher should use a chime to alert others. And always have a couple of spotlights ready in case something happens and you need light fast!”

The Waynedale News encourages all trick-or-treaters to celebrate Halloween in a safe and respectful manner. So before you start picking out the perfect costume for your little goblin and begin gathering goodies; take some helpful safety tips.

•A little face paint vs. a mask for your toddlers

•Wear bright colors (add a splash of neon to black)

•You scrape the guts: they pull out the guts

•Use battery operated artificial light inside the jack-o-lantern

(Kids get hurt and you end up carrying them)

•ALWAYS have them within view

Before the Sugar Rush

•Check ALL the Treats!

•Throw away all suspicious and unwrapped candy

After the Sugar Rush

•Before bedtime do something relaxing; like read a good book

There’s no real “trick” to making Halloween a treat for the whole community. Happy Halloween Waynedale!