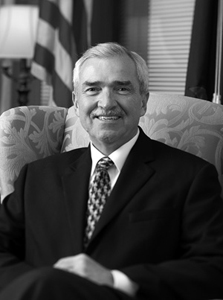 Last fall, the City’s Community Development Division sent out a short bike survey with City Utilities bills and had an extended version online. It asked questions about where people currently ride, where they want to ride and why they don’t ride more often.

We got an impressive response from the public, with a total of more than 4,000 responses from the online and printed versions. It certainly seems we have touched a nerve with the public on this, with people wanting to use bicycles to get to the places they might otherwise drive.

As often happens when we do a survey, we get lots of information but it also creates more questions. That’s why we’re hosting a community bike summit from 9 a.m. to about noon Saturday, March 21, at the downtown branch of the Allen County Public Library. An expo of bicycle vendors, trail organizations and other entities will be in the library’s Great Hall from 11 a.m. to 1 p.m. Both events are free to the public.

The summit will focus on public input for infrastructure planning, education strategies for drivers and cyclists, and legislative components related to bicycle transportation. City staff will use the information as it writes an in-house bicycle transportation plan. The need for a bicycle plan is outlined in Plan-It Allen, the joint City-County comprehensive plan approved in 2007.

The plan will work to improve connectivity of people and neighborhoods to points of destination, while using the existing Rivergreenway network and other local trails as a backbone for the system.

Why should you care about improving and adding to our bicycle infrastructure, such as trails, bike lanes and the like, if you don’t ride a bike yourself? Because it’s actually an economic development tool.

As companies and employers, and especially those in high-tech industries, look to move to or grow in Fort Wayne, they look at communities’ quality of life. This kind of time and investment shows a commitment to health and fitness, air quality and the environment from our City’s leadership.

Bike riders in Fort Wayne are very interested in expanding the infrastructure designed to safely and effectively get people to their destinations. With the ongoing interest in improving health and fitness combined with a desire to improve air quality and reduce traffic congestion, more people on bikes in Fort Wayne can only be a positive, but that is only likely to happen if we increase bike-friendly paths.

Greenways shouldn’t be our only option for cyclists. Sometimes we don’t have the right-of-way for trails or they can become cost prohibitive. Evidence from other cities shows the more options cyclists have, the more they will use bicycles.

Also speaking at the summit will be Nancy Tibbett, executive director of the Indiana Bicycle Coalition. She will have just returned from the League of American Bicyclists’ National Bike Summit in Washington, D.C. Tibbett will also speak about other Hoosier cities’ efforts to improve bicycle infrastructure and bicyclist safety.

I aim to have the bicycle transportation plan written by the end of the year. A team of City employees that wrote the survey, is organizing the summit and will ultimately write the plan.

The survey showed the following:

•71 percent of respondents online road their bikes at least once a week during their riding season.

•One in four online respondents use a bicycle to commute to work.

•Concerns about safety from vehicles and drivers, lack of trails or bike lanes and natural conditions like weather and darkness are the top three reasons people said they do not ride more often.

The complete results from the written and online surveys will be posted to www.cityoffortwayne.org/bikeusesurvey.