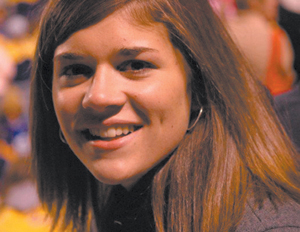 Telling the true story of the life of an actual gangster, and keeping it interesting to watch, is not something Hollywood has excelled at in the past. However, with American Gangster, the movie business has taken another route.

American Gangster tells the “true” story of Frank Lucas, who rose to the top of the heroin business in 1970s Manhattan. Lucas, portrayed in a brilliant and heartfelt performance by Denzel Washington, was able to smuggle the drug into the country by hiding it in the coffins of Vietnam War soldiers. During his career as a kingpin and drug trafficker, a special police unit was created to take down the increasing drug problem in the country, and a devoted detective, Richie Roberts, spent a good deal of time trying to catch Lucas. The movie traces the career of Lucas from his beginnings as a long-time chauffer and bodyguard for a different, older gangster, up to some of the most trying and dangerous times of his chosen profession.

The philandering but loveable Detective Roberts is played by actor Russell Crowe, who really does a great job getting the audience to believe that he’s just an average Joe tryiang to make a difference in the world. There is no “pretty boy” Hollywood cop stuff for Roberts. He’s a little overweight and not the brightest crayon in the box, but he draws you in with his charm and desire to make the world a better place, a world with at least one less major drug dealer.

One of the great things about Frank Lucas is that he never fell into the oblivion that is drug abuse himself. So many times we see these kingpins using their products, but Lucas steered clear of that path, showing his inherently “good” nature and finding him sympathy from the audience.

While it is a little shy of three hours long, don’t be intimidated; this movie flies by with a captivating sense of reality. Every step of the way, the story in American Gangster feels as though it is actually occurring right in front of your face, instead of just being projected onto a film screen.

There is nothing incredibly gripping in the cinematography of this movie, which is in no way a bad thing. Director, Ridley Scott, could have easily taken this movie into the dumpster by adding unnecessary high-speed car chases or making things blow up every five seconds, but he didn’t. The one thing that did involve an explosion in the entire movie will make you stand up and applaud Lucas, not make you cringe with over-exposure to things that go “boom.” Yes, it is a bit violent at times, but never unnecessarily so. Every bit of violence that occurs happens for a reason.

While another cop-vs-druggies drama might not be at the top of your movies-to-see list, make an exception for this one. American Gangster doesn’t quite have the makings of a classic, but it’s certainly an enjoyable way to spend a couple of hours. I give this one 3.5 stars!