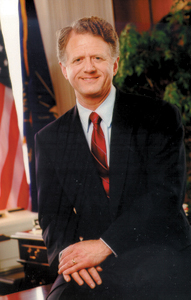 Mayor Graham Richard announced that the first-ever City Living Tour will take place October 20-21 and October 28-28 in Renaissance Pointe, the city’s newest neighborhood. Admission is free both weekends. The City Living Tour is designed to promote homeownership in the city’s beautiful, traditional neighborhoods and is planned to be an annual event. During the 2007 City Living Tour, visitors will have the opportunity to walk through six new model homes, which are the first of nearly 350 new homes planned in Renaissance Pointe.

“We are pleased to be moving forward with a great development that brings hope and opportunity back to a neighborhood that has been underserved,” said Mayor Richard. “High trust, high performance partnerships with the private sector will make Renaissance Pointe a success. We are building a better city with a great quality of life and a more competitive city with quality jobs.”

Renaissance Pointe, includes the 36-block area bordered by Hanna Street, Creighton Avenue, South Anthony Boulevard and Pontiac Street, is a new front-porch community in the heart of Fort Wayne. With its blend of new home construction, home restorations and unique amenities, Renaissance Pointe symbolizes city living at its best. Renaissance Pointe’s 350 new single family homes and townhomes have been designed in harmony with the character and architecture of the existing homes in this historic neighborhood. The neighborhood combines walkable, charm-filled atmosphere wrapped around the latest in environmentally friendly “green” building techniques and innovative “smart” technologies. Three of the region’s top homebuilders are constructing new homes in Renaissance Pointe: Delagrange Homes, Ideal Builders and Lancia Homes.

“The City Living Tour will allow future homebuyers and the community the first opportunity to see the style and quality of homes being built in Renaissance Pointe,” said Jim Lancia, president of Lancia Homes. “We encourage everyone to make plans to visit during the tour.”

“These new homes have the features of traditional neighborhoods, like large front porches, 9-foot ceilings on the first floor and detached garages with alley access,” said Floyd Lancia, vice president of Lancia Homes. “But they are built to today’s construction standards with low-maintenance materials and outstanding energy efficiency.”

“Delagrange Homes is honored to have been selected to participate in the rebuilding and revival of one of Fort Wayne’s most historic neighborhoods,” said Herb Delagrange, president of Delagrange Homes.

Located less than a mile from downtown, Renaissance Pointe is convenient to cultural venues, retail, dining and entertainment currently located downtown; and poised to take advantage of the exciting new developments planned for the city center.

Visitors to the inaugural City Living Tour will also learn about the many other benefits and amenities of living in Renaissance Pointe. One of the most exciting new features in Renaissance Pointe is a $7 million, state-of-the-art YMCA fitness center. The 60,000-square-foot facility, to be located at 2323 Bowser Avenue, will include two full-size gymnasiums, a running track, a water therapy pool, an outdoor splash park, a children’s wing with classrooms, and a wellness center. The new YMCA will connect to a new greenway trail through Renaissance Pointe. These amenities join the new Allen County Public Library branch at the corner of Hanna Street and Creighton Avenue.

The City Living Tour will also highlight the fact that Renaissance Pointe is the city’s first fully “wired and inspired” neighborhood with high-speed broadband connectivity to every home as well as the use of environmentally-friendly “green” building practices.