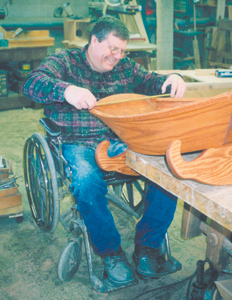 It was hot that day, very hot, and humid, as most days were in rural Vietnam. It was Memorial Day, May 30, 1967. Twenty-year old squad leader, Karl “Mick” McOmber, better known as Sergeant Mac, had positioned his squad into a defensive stance. Untamed jungle and rice paddies surrounded them. Their mission was to be blocking force for a larger company sweep. So there they waited, among a few grass huts, a local Vietnamese church, and a stream. They waited for the other squads to push the enemy into their hands. Spying for any sign of conflict, Sergeant Mac spotted 3 VC coming down the trail. He fired, killing one, while the other two ran into the lush jungle. One of his men ran to follow and threw a grenade.

Sergeant Mac was alarmed, thinking that his man had fallen into a bobby trap. He quickly went to check things out and that is when he saw them-the 2 VC hiding in the jungle about 30 yards away. They fired their guns at him, striking him with a minor wound in the right leg, then hitting the artery in his left leg. He turned and ran but only made it about ten steps before his leg gave out. He yelled to his men and the 2 VC opened fire again, this time with a lot more intensity, a bullet struck him in the left shoulder, hit a rib causing his lung to collapse, traveled across his spine, and came to rest in his right shoulder. Lying there, it was hard to breathe with only one lung, hard to breathe in that hot, humid air. It was soon after that he drifted into unconsciousness.

For the next nine months, my dad journeyed through hospitals. He spent a week in Japan before being flown to Walter Reed. In September, he was transferred to the Memphis, V.A. and in October, to Hines, V.A. in Chicago where he stayed until February of 1968.

This was a very difficult time in my Dad’s life. He spent many months flat on his back because, at that time, doctors thought this to be the best treatment for spinal cord injuries. For five months the doctors told him there was a 50% chance that he would walk again. However, while in the Memphis V.A., came to the realization that there was a 100% chance that he would never again walk. He had to accept that he was a paralegic. He could not move his legs. At twenty years of age, he knew his life would never again be the same.

But life went on for my father. He met my Mom while on leave from Hines V.A. and married her in February of 1969. They settled in Fort Wayne and began their family. They adopted me, and then my sister about three and a half years later.

Growing up, I was very fortunate to have both my mom and my dad at home. My dad lived life to the fullest and, as a result, he was very involved in our lives. I had a very normal childhood with a dad who taught me to ride a bike, play baseball, and swim. There was no disability in our home and no reason to feel sorry for yourself. My dad created the motto: “Get over it!” I remember one time staying home sick from school. My mom left, my dad yelled for me to get up and wash the dishes. “But, I’m sick,” I protested. “Well, you’re not going to get any better laying around,” was his response. Yeah, sometimes my dad was a little too gung-ho!

My father continued moving on through his life in his career as well. Before going to Vietnam, my father wanted to build houses. Now there was quite a large obstacle for him to overcome. Instead he went to IPFW and got an associates degree in architecture. He worked for a while as an architect but did not find it very fulfilling. So, when our family moved to Columbia City, Dad opened a gun club, which he ran successfully for a number of years. Still, it wasn’t everything that he wanted.

He eventually found his true calling and opened up a wood shop. Since I have been in grade school, my dad has been very successful carpenter restoring antiques, building custom cabinets, and creating one-of-a-kind wood projects. He moves around his wood shop with all the ease and dexterity that you or I would. He builds things out of wood that tower above him and always finds a way to work on challenging projects.

Just in general, in his life, my father has worked on an x-ray machine, welding, made an elevator for his lake cottage, made a drawbridge to get onto his pontoon, he drives with hand controls, and makes stained glass projects. He does everything, if not more, than what you and I could do. Thus, he is an inspiration to others just by living his life. But he inspires people so far beyond that.

My father is very active in his church. He has served as the head of the building committee and has built many items for the church, including a beautiful wooden cross that hangs at the front of the sanctuary.

He is also active in the community. He is currently building numerous bunk beds for community corrections and a piece of furniture, which he plans to donate to the Humane Shelter auction. He has also spoken to others that were paralyzed but “not for counsel,” as he says, but rather to “let them know what they’re in for.”

But perhaps the person he has inspired the most is I. Because of my father, I grew up not seeing the disabilities, but rather the possibilities of the people behind the disabilities.

My dad and I went grocery shopping. During our visit, a man followed us around the store. Every time my dad wanted something, the man would practically trip over him trying to get it for him. This angered me and I told my dad what I thought of the man after we left the store. I was sure that it annoyed him as well. Instead, My dad said to me, “He was just a nice man who wanted to help.”

In that moment, I realized that I need to see the goodness in people. But most of all, my father showed me that you don’t need to be a victim of your circumstances. My father did not choose to be paralyzed, but he did choose to live his life to the fullest.

That’s what led me here, to Brown Mackie, to become an Occupational Therapy Assistant. I want to work with people who have dealt a tragedy and hopefully I will be able to inspire them like my dad has inspired me.

With that said, I would like to share the poem that I wrote for my father for Father’s Day. It’s titled: “Legacy.”

With Love Always,
your daughter Holly

In the beginning, I’m sure that you did not know your legacy
And just how wonderful a Dad you would turn out to be
Isn’t it odd just how your life played out?
The path you were walking down soon took a different route
And all the plans you had for you – they had to change
Your life ahead from that hospital bed must have seemed so strange
And little could you know, at that moment in time
Your life had become a canvas for one of God’s great designs
But little could you know, without reason and without rhyme
Your tragedy was but the landscape for your true character to shine
So with patience and perseverance, grew a man who understood
That this was not the end…no it could never be
It was just the start
Of the great man you would come to be
So Dad,
I just want you to know,
I’m thankful for the legacy you’ve given me
Your a man of strength and wisdom and of generosity
You’ve taught me that feeling sorry for myself
Will lead to nowhere
For everyone has their obstacles
And life is rarely fair
You showed me that more power comes from strength
When it holds the hand of gentleness
And to accomplish great things
You need not be flawless
Oh, sometimes words cannot say
As much as silence will
And when you are facing a mountain
Make believe it’s just a mole hill
So Dad,
I want you to know
That you’re such a part of me
That there is nowhere that I could go
Where you would not be
For I am your legacy.

Holly’s dad, Mick McOmber, was wounded in battle on May 30, 1967, 30 mile south of Saigon, in the Me Cong Delta, near a village called Rach Keim.

He was awarded the Bronze Star with valor, and the Silver Star for gallantry in action.