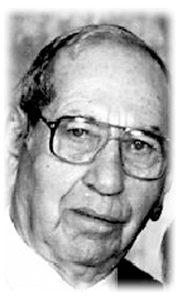 “Words can’t describe it.” A simple reply from my 9 year-old son, when asked what the funeral for Lloyd Ball had meant to him. We were on our way home from Arlington, and I wondered out loud if he had understood the depth of what he had just witnessed.

SSgt Lloyd Ball passed away on April 7th in Monroeville. His obituary listed the customary information found in the rest of the obituaries that day. And like many of the people of “The Greatest Generation” it also contained reference to his military service in World War II. But hidden in that brief passage was a reference to his true heroic stature. “He was awarded the Silver Star and Bronze Star for Valor and also the Purple Heart for being wounded in action.” This simple sentence took the place of the thousands of pages that could have been written to detail what he experienced. But a great share of that information went to Arlington with Mr. Ball, because that’s just the way he wanted it.

At the Memorial Service in Monroeville two weeks ago, his son John told me, “All dad ever said about the War was that he went there, and he came home alive, and that was all we needed to know.” There’s a reason they call it “The Greatest Generation.”

Humble servant, to his Nation, his God and his family, to the very end. I visited with him two weeks before he passed. Not surprisingly, all his questions were about me and what comes next for this generation of warriors. He asked about my next deployment and how it affected my family. He was thankful that he didn’t yet have a family of his own on D-Day. He said that it would have been more difficult to do what he had to do with a family at home worrying about him, and vice versa. That was a point well taken.

All my questions were about what he had seen, on the beaches of Normandy, and beyond. I also wondered how he put it behind him when he returned home after the war. Upon his return to civilian life, he married Vivian and continued on with business as usual, pursuing a career and raising a family that any father would be proud of.

He gave a few specific answers to my very personal questions, and he thanked me for what we are doing to try to protect our freedoms. I laughed to myself when I thought of all that he must have endured, yet he still wanted to talk about me, or anything else for that matter. I decided not to pry anymore. And I thanked him for what he had done to preserve the freedom gained by those that fought, and suffered, and died before us. And he added, “You know, we have to win this war too.” I couldn’t have agreed more.

And a few weeks later he was gone. As I read the obituary, the last line stated, “Burial will be held at a later date in the Arlington National Cemetery.” I decided then and there that I would do whatever I could to be part of it.

Over the course of the next few weeks, details were set and the arrangements were made. The American Legion, and the Veterans of Foreign Wars, Honor Guard would accompany Mr. Ball and his family to Arlington. On Tuesday, April 24th we left Monroeville on the 10-hour drive. All in attendance stayed at the same hotel in Alexandria, Virginia. Family, friends, Honor Guard members and even a Monroeville native and patriot from Houston, Texas were there to remember Mr. Ball on the night before his burial. We talked about his Service, his life, and what this all meant. There was laughter, and there were tears. Mike “Gabby” Gaskill explained to my young son, in great detail what it meant to be there. What it took to be eligible to be buried in our Nations most hallowed shrine. And what it all meant in the grand scheme of things.

We left the hotel early on Wednesday morning. The service was set for 10am, but with 30 other funerals set for that day – like most other days at Arlington – it was decided to be there early enough to allow for any unexpected circumstances. The team there at Arlington runs with the efficiency of a military operation. The family was kept abreast of all pertinent information, and they provided us with a room to assemble in, and a schedule for the day. We were also advised that we had enough time to take the 20-minute walk up to witness the changing of the guard at the Tomb of the Unknown Soldier. We made the trip up to behold one of the most impressive and solemn ceremonies ever. Mrs. Ball was lovingly delivered to the top of the hill, in her wheelchair by her family. There, surrounded by hundreds of other visitors, the changing of the guard took place. And for me, some of the sadness of the circumstances that brought us all there was replaced with pride and honor to be a part of such a special service, at such a special place.

We returned to the cemetery office for final instructions and then escorted Mr. Ball to the gravesite along with nearly 50 members of his family and friends. The United States Army Third Infantry Brigade—also known as the “Old Guard”—performed the ceremony. The “Old Guard” moved Mr. Ball into place. As the flag-draped casket was lowered into position, they raised the flag to a position above the casket as the military honors took place – and held it there without movement for the duration of the ceremony. After a brief sermon by the “Old Guard” chaplain, U.S. Army Captain Jami Upgraft, grandson-in-law of Mr. Ball spoke to the crowd assembled there. Dressed in his Army Class A uniform he rose and positioned himself in front of the rest of family. He talked about the honor, dedication and heroism of Mr. Ball that had brought us all together there that day. He made comparisons between today’s Global War on Terrorism and the War that produced such men as Mr. Ball, and spoke eloquently of the honor bestowed upon Mr. Ball that day. The “Old Guard” Chaplain then offered a final prayer.

The seven-man firing party fired three perfect volleys, the bugler played taps, and the flag was folded with precision and honor. The Commander of the burial detail presented the flag. “Moist” eyes were plentiful as we paid our final respects to Mr. Ball. The Honor Guard members and friends slowly retreated to our vehicles to allow the family one final moment alone.

As we drove away, I couldn’t find the words to ensure that my son had fully realized what had happened there that day. This could very well be a once-in-a-lifetime chance. My mother, Sondra Johnston, went with us and she came to the rescue as she explained one last time what this was all about. Jack said that he did understand. Being there to pay tribute to Mr. Ball was my first reason for being there, allowing my son to witness it was the second, and ensuring that he understood what it meant to me, and to our Nation, was my third. My heart-felt thanks go out to the Ball family for allowing us to be part of this day.

And as I sit here a day later, trying to proofread my own report, attempting to find a way to explain what it meant to be there at Arlington, to be a part of that day, I can’t help but think that my 9 year-old son Jack was right, “Words can’t describe it.”