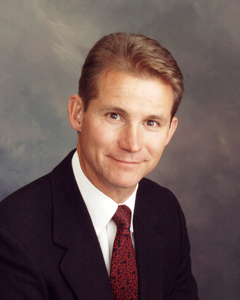 If you could imagine a tug of war where everyone was on one end of the rope pulling the same direction, it would be pretty easy to win. No one would end up in the middle of the mud pit (do they really do that) and everyone would share in the victory. When you have a team that works together and build on each others efforts because they believe in a common mission with all their heart, they share in great success. This week, the “Voice of the Township” is dedicated to a few of these team efforts that will lead to a better township in the future.

Each year, we have discussions centered on how we can improve our service to the community and set goals to do so. This year, one of our goals was to achieve a greater working relationship with local agencies by the supervisory staff of the Wayne Township Trustee’s Office joining more of their boards and committees. More often than not, these efforts require the supervisors to attend meetings after hours and on their own time. I would like to extend my appreciation to them by recognizing their efforts to serve the community in this week’s column.

After serving on the board of the local Boys and Girls Club for a few years, I was disappointed when the meetings were moved to the exact time as those of the Salvation Army; a board that I currently serve as Board President. As a Boys & Girls Club Facilities Committee Member, I recommended that Wayne Township Supervisor Dave Deal take my place on the committee. Dave has similar responsibilities for our building and I know of no one that could do a better job. One thing that Dave quickly noticed was that the shrubbery was old, overgrown and could easily hide someone looking to abduct a child. Dave used his own vehicle, tools, time and materials to completely redo the landscaping. In the process, he also obtained a terrible case of poison ivy. Dave is very proud of his efforts as we are of him because children are now safer both coming and leaving the club.

Every year from January through April, the Wayne Township Trustee’s office hosts the Retired Senior Volunteer Program “RSVP”. These volunteers work tirelessly to help prepare tax returns at Wayne Township for low income citizens in the community. This has been a great partnership. This past year, the Wayne Township Trustee’s Office was the #2 free income tax preparation site in the state. Deputy Trustee Alan Stoller has served as our point person to work with RSVP Director Jean Jolly. They have asked Al to join their board and he was honored to do so. I am sure more great accomplishments will be had by these exceptional community servants in the future.

Fresh out of graduation from Leadership Fort Wayne, I have been amazed by the desire of Supervisor Lois Dada to get more involved in the community. One day while talking to M. Frances Ganaway, I mentioned to her that if she knew of a board looking for an African American female, Lois would be a tremendous addition. She immediately responded that the Girl Scouts would be thrilled to add someone like Lois. Lois is now on their board and if her success there is like that of all the other things that she gets involved with, they are in for many great blessings. When she described her first board meeting in detail, she recalled her young days as a girl scout with the passion that she will now have for the organization as an adult.

Our partnerships with these organizations can only help to build a better community. By pulling together with the community, our team has shared in great professional success. You too are considered a part of the team by your continued support and the suggestions and input you contribute. Thanks!

We couldn’t do it without you!