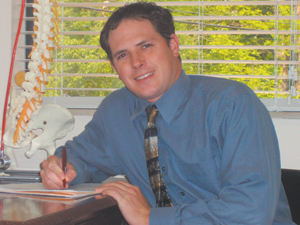 Artificial Sweeteners: Are they dangerous?

Worrying about our body weight has become a major concern for the vast majority of Americans. Because of this concern, the diet industry has boomed. One of the most crucial substances for the diet industry are the artificial sweeteners. Most of the population takes the safety of these sweeteners for granted due to the fact that they are found in over 10,000 foods. You should not just take my word for anything. I will present you with the facts and you should make a decision for your own health and for those you love.

Artificial sweeteners like Saccharin have a long history of being questioned as a potential cancer causing substance. This review, however, will concentrate on the more popular sweetener known as Aspartame, better known as NutraSweet® or Equal®. In 1965, the researchers at G.D. Searle were developing a new ulcer medication when they discovered that they had created a substance that was 200 times as sweet as sugar but had no calories. The question was then asked if this substance was safe for human consumption. In 1971, Searle Labs felt it had sufficient evidence of aspartame safety to approach the FDA for approval. Questions about potential brain lesions, tumors, and endocrine dysfunction delayed approval until 1981. End of the story! The FDA took 10 years to thoroughly examine the safety of this substance and approved its use for the general public. Unfortunately, the evidence suggests otherwise.

As far back as 1976, an FDA task force questioned the validity of Searle’s aspartame testing procedures. Dr. Adrian Gross, the chief scientist on the FDA task force investigating Searle, told CBS Nightly News in 1981 that Searle took great pains to cover up the shortcomings of their studies, even going as far as to remove tumors that developed in animals during the research in order to mask cancerous evidence. The studies were clearly arranged to have the results the drug company wanted. The Public Board of Inquiry (P.B.O.I.) stated in a report dated September 30, 1980. “On the basis of the conclusion concerning Issue Number 2, the Board concludes that approval of aspartame for use in foods should be withheld at least until the question concerning its possible oncogenic (cancer causing) potential has been resolved by further experiments. The Board has not been presented with proof of reasonable certainty that aspartame is safe for use as a food additive under its intended conditions of use.”

Despite numerous unanswered questions and contradictory conclusions from various investigations, Commissioner Hayes ignored the recommendations of the FDA’s own P.B.O.I. and approved aspartame for dry use. It was approved for use in liquids in 1983. So, what makes aspartame so dangerous? This question is answered when we look at the way aspartame is broken down in the body (in hot liquids or acidic liquids such as pop). Aspartame is a combination of the amino acids phenylalanine, aspartic acid, and methanol. The worse of these is the methanol (wood alcohol). High amounts of methanol alone results in toxicity and blindness. The amounts found in aspartame foods, however, do not have enough methanol to cause this effect. The real danger is that methanol is changed to a cancer causing substance known as formaldehyde (the stuff used to preserve dead folks). This deadly formaldehyde has been shown to bind to tissue components in human studies (Trocho, C et al, ‘Formaldehyde derived from dietary aspartame binds to tissue components in vivo’, Life Sciences 1998, 63 (5): 337-349.) I will point out that methanol is found in some of the fruits and vegetables we eat. The difference is that these foods also contain amounts of ethanol which blocks the production of formaldehyde in the body. Aspartame contains NO ethanol. The constituents of aspartame are without a question potentially harmful. However, does this mean that they do indeed pose a health concern? And if so, why doesn’t the FDA remove aspartame from the shelves?
Read on for answers to these questions.
Aspartame health risks

The health risks posed by aspartame are numerous and varied. They include but are not limited to headaches, mood changes, seizures, brain tumors, increased appetite, poor diabetic sugar control, allergic reactions, cancer, and behavior problems. If the above list is accurate in any manner, why is aspartame not taken off the market? The answer is actually very simple. All of these symptoms are slow in development and they all could be due to many other causes. In other words, it is extremely hard and almost clinically impossible to diagnose any of these symptoms as being caused by aspartame. This is especially true since there is no immediate reaction after its consumption. And, more than likely, the negative effects of aspartame occur after long term consumption of up to many years making it even more difficult to pin it as the culprit.

The reality, though, is that our society is taking daily doses of this substance over long periods of time. Unfortunately, there are no long-term studies on the use of aspartame to help clarify the matter. It makes sense to err on the side of caution when it comes to using aspartame. Real or not, the potential consequences for the long-term use of this sweetener are scary. You should make an effort to cease or decrease its use.

Re-written with permission from Dr. Ed Zimmer at 8202 Clearvista Parkway Ste. 8E, Indianapolis, IN 46256. www.zimmerchiropractic.com. Questions about this article, please contact Dr. Nill at 459-2205 or drnill@nillfamilychiropractic.com. Please feel free to visit Dr. Zimmer’s website for more exciting articles he has written. Thank you and have a healthy day.