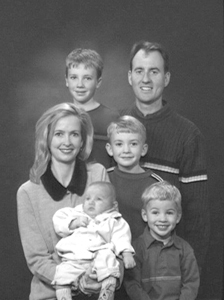 Living in predominately Muslim countries and even in countries where Muslims are not in the majority, hundreds of thousands of Christian minorities live under persecution for their faith. In the best case scenarios, this persecution might be limited to discrimination in the work place and in attempts to restrict their freedom to worship according to their consciences. In the worst case scenario, for example, Sudan or Saudi Arabia, Christians are subjected to the most humiliating treatment, denied basic rights and freedoms, in some cases enslaved and killed. Here in Turkey, if a Muslim chooses to move away from his religion and embrace Christianity, he will probably face rejection from friends and relatives, and will possibly come under the scrutiny of both the secularized and the conservative Muslims. Earlier this year two Turkish women had their hard-earned childcare business shut down specifically because they were former Muslims who had become Christians.

The list goes on and on, not just the incidences of persecution and threats to personal safety and security that I have witnessed in the past ten years of living in Central Asia and the Middle East, but also those documented by human rights organizations who monitor the persecution of Christian minorities and Christian converts from Islam living in Muslim majority populations.

My Turkish neighbors have complained to me a number of times that Americans know so little about the world outside our own country, that all we care about is basketball and sports. I’ve tried to stand up for my own country, but as I hear public leaders evaluate Islam only in the very special context of the free, democratic society enjoyed in the US rather than in a global context, taking into consideration the religious minorities living in oppression, I am troubled. I want to believe that my fellow citizens are indeed thinking about more than basketball and how fortunate we are to enjoy the tremendous measure of freedom we have in a basically tolerant multicultural society. This wonderful freedom gives us the right, responsibility, and the unique ability to take a critical and honest look at how other societies enjoy far less liberty and to remember the forgotten minorities living outside our own borders.