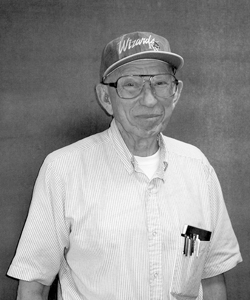 Ringold Wilmer Lardner, known as Ring Lardner was a very good sports writer for the Chicago Tribune. Critics thought he wouldn’t be any good at writing fiction. Ring made his debut with The Saturday Evening Post, March 7, 1914, with the story “A Busher’s Letters Home”. This started his series of stories, “You Know Me”, which promptly became a national craze of baseball yarns.

On July 31, 1915, “Alibi Ike” was printed. As you read this story you get the idea that Alibi Ike has returned.

Alibi Ike said the reason he dropped a fly ball was because his glove wasn’t broke in good. Some players said his glove could easily have been Kid Gleason’s grandfather’s glove. Ike claimed that a doctor told him he needed starch so that’s why he ate tons of potatoes.

One night he stated, “Good night boys.” “I ain’t sleepy but I got some gravel in my shoes and it’s killin’ my feet.”

When told one day to “lay down a bunt”, he misunderstood the coach to say “lay-it-on”. He was fined $50 for this. He later said he knew he was to “lay-it-down” but was going to fool them by swinging at the first pitch. He stated he had no intentions of hitting the pitch.

Ike once talked about a ball player he knew playing for Fort Wayne in the Texas League. Ike mentioned he would have gone to Syracuse College but they didn’t have a railroad running through the town.

Alibi Ike has returned. A manager, after working ten years for the same team now wants to leave that team to be closer to home. Some players leave a team and travel all the way across the country. They do this for their families.

A baseball official now declares that a tie is acceptable in baseball like some other sports. I don’t understand why this ruling wasn’t contested in the Supreme Court. A free agent signs a contract for less money with another team because the original team didn’t appreciate him.

Players who plead guilty to drug possession face automatic suspension under baseball’s new labor contract. They later said in the USA Today Sports Weekly, “for players convicted five or more times, the commissioner would determine the level of discipline. The commissioner would have latitude to set the appropriate fine and suspension.”

A team expecting a dip in home attendance has announced that fans will pay $5 more to see an opening day game. A baseball owner, after admitting, that attendance was down 478,245 giving a majors worst average of 9,856 per game stated, “Don’t focus on attendance, that’s not the story here”.

Article in USA Today: “Yankees spending pays off once again”. Do the Yankees have a roster of Alibi Ikes? A pitcher and a catcher on the same team get into a fight. An official of the team stated that this would not be an influence on the way they work together or on the team during the rest of the season.

Peter Coscarart writing a letter to Bud Selig about response for past pension: “They’re waiting for us to die.” Pete didn’t receive a reply, he died.

The so-called new rule if you hit a batter, (with all that protective gear), you will be ejected. Watching players today you get the idea that their reflexes aren’t as good as the old timers. Years ago a purpose pitch had a purpose. The new switch, a batter picks up a baseball and drills the pitcher.

There are many more examples of today’s Alibi Ikes. Ring Lardner died in 1931. If he were living now, he would have a field day.