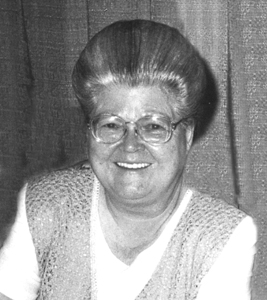 March may have come in like a lamb, but he was wet, cold and sort of disgruntled at being sent out into the hills where snow still lingered. By the end of the week, however, we can expect him to return to his sweet, sunny nature. We may hear more growls from the lion later, but right now we can be happy and rejoice in the sunshine.

The snow is slowly dwindling away, although there are heaps of February’s offerings piled high in many places. My sister-in-law, Alice, declares that there are treasures in the snow, as the Bible states that fact.

(Psalms 38-22) She is sure that the treasures under the snow are the morel mushrooms that appear early in the spring almost as soon as the snow is gone.

I have heard that a lot of snow will bring an abundance of morels, so if that is true, we should have a bumper crop this spring. There are other treasures also. I am thinking of the early spring flowers, whose roots are slowly beginning to stir and unfurl underground. The modest little violets are among the first wildflowers to hear the call of spring and awaken.

They are not as early as the coltsfoot flower. Before the leaves even emerge, this tiny yellow flower pokes its head up out of the mud and greets the springtime sun. In addition to being a cheerful harbinger of spring, the leaves of this flower are a valuable herbal medicine.

Coltsfoot has been recognized as a remedy for coughs and respiratory ailments since antiquity. In traditional Chinese medicine, it has long been used to treat various respiratory conditions. It is a native of Europe and Asia, and in France, a picture of a coltsfoot leaf painted on a door was the sign of a druggist.

In the old country, sufferers of asthma and bronchitis often found relief by smoking an herbal mixture containing coltsfoot leaves, and dried leaves of rosemary, thyme, lavender, chamomile, and betony. I have never tried smoking it, but I have made cough syrup and cough drops from the leaves. The roots of this valuable plant are stirring now.

Another spring flower is hearing the clarion call of spring. This is the charming spring beauty, with its tiny pink flower lined with dark stripes. It will soon appear in moist woods and creek banks. Speaking of roots, this flower is called “tanglegut” by some, and is a delicious spring green. It is pulled up, roots and all, washed clean and fixed with bacon grease and vinegar dressing. Sometimes small tubers that the plant grows from are still attached to the roots, and they too are edible.

In the woods, the tiny roots of the bloodroot flower are awakening and stirring. It is one of our loveliest early spring flowers. These snowy white flowers will appear in rich woods after a few days of warm sunshine. It is an indication that spring has finally arrived. They are so fragile that a mere touch will cause the petals to fall, so they are best left alone. The rootstalk exudes a crimson juice which gives the flower its name. It is used in commercial medicines, but not advisable in home remedies.

Trailing arbutus is another early spring flower, but it is almost a thing of the past. I remember when a grade school friend, Peggy, used to bring these delightfully scented flowers to school, and we marveled at the beauty and fragrance of these waxy pink flowers. I have read that these were the first wild flowers to greet the Pilgrims after the terrible winter they endured, and they called them “Mayflowers.”

It has been many years since I have seen them, but somewhere in the deep woods, they are beginning to awaken and stretch their roots, as they prepare to greet another spring. The Lord has blessed our state with such an abundance and variety of wildflowers that we should take time to appreciate His wonderful works.

The flower will bloom another year.

For I was taught in Paradise

To ease my breast of melodies,–

Folks seem to enjoy the grandchild tales, so I will include one for this week. My four-year-old great-grandson Wade (Abigail’s and Doug’s son) disappeared into the bathroom the other day. Abigail noticed that their white English bulldog, Daphne, had come up missing at the same time. She opened the door to investigate, and out marched Wade and Daphne—each sporting Abigail’s new bright red lipstick.