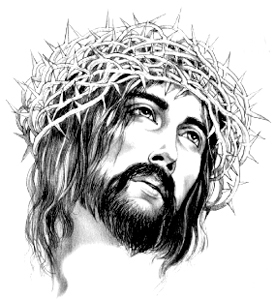 Mel Gibson’s film, The Passion of the Christ, while being in many ways an outstanding film, does not stand alone. There have been passion plays, paintings, sculptures and even other films which depict the suffering of Christ. At the apex of these artistic expressions are the musical “Passions” of J. S. Bach. Gibson and Bach are similar both in their determination to remain faithful to the texts of the Gospels and in their depiction of a Christ who suffers for His people but they have very divergent goals.

Bach presents the Passion of Christ as a fait accompli. In his art Jesus does the suffering and we are encouraged to respond with thanksgiving and praise. Gibson’s art portrays the suffering of Jesus and then tries to create a kind of harmonic misery in the audience. It is hard to imagine anyone standing up at the end of this film and singing a buoyant hymn of praise. Most people leave the theater in stunned silence. One might ask, “With whose suffering are we chiefly concerned?”

Much has already been said about Mel Gibson’s motives for making this movie but the movie is best and most fairly described in the words of its creator. Gibson frequently describes the making of this movie as an extended meditation on the Passion of Christ. He wants those who see the movie to join in this meditation. The gore and horror that have been the subject of so much commentary among reviewers are neither boorish nor ham-handed, as has been alleged, but are intended to captivate the mind and soul of the viewer and to be so graphically memorable that they prompt the viewer, long after the movie is over, to recollection and to renewed meditation. Gibson has been so successful in this that many viewers, chary of explicit violence and disinclined toward meditation of Gibson’s kind, have a hard time getting the images out of their heads.

Mel Gibson is part of a tradition which believes that meditation on Jesus’ passion allows for a kind of participation in it. We are, according to this tradition, to lose ourselves in the unselfish self-sacrifice of Jesus Christ. To this end, Gibson’s movie works very effectively to help the viewer identify with Jesus Christ. The audience sees things from Jesus’ point of view, most notably, the devil. The only people, in this movie, who can see the devil are Jesus and those who have become one with Him. That list includes one person on film, Mary the Mother of God, and everyone in the theater. Gibson is inviting the audience to have a connection to Jesus Christ that is similar to the one had by His mother. She is overcome by the suffering of Jesus and we too are to be overcome with grief. Her heart is pierced, as with a sword, at His torture and our hearts too are to bleed for Him.

The travails of our Lord are so gruesomely depicted that we cannot help but sympathize and identify with Jesus. Only the most jaded viewer could watch this movie without being powerfully effected by Jesus‚ physical misery. Many who have seen the movie have been reduced to tears and, in some cases, even more comprehensive expressions of sympathy and sorrow. So effective are Gibson’s efforts to put the audience in Jesus’ place that he admits to providing what he calls “escapes” so that those new to meditation on Jesus’ passion will not be completely undone by it.

This brings us back to Bach. Bach’s “Passions” too, are punctuated with breaks in the narrative flow. But they exist for the exact opposite reason that they do in Gibson’s movie. Where Gibson uses flashbacks and scene changes to take us away from the main work of his movie, identifying with and dwelling upon Jesus’ experience of suffering and making it our own, Bach uses chorales to keep us firmly rooted in our own common reality. Bach doesn’t try to take his audience back in time to experience Jesus’ passion. He brings Jesus’ passion forward to the audience.

The chorales which punctuate Bach’s passions are hymns that would have been very familiar to his initial audience and which are still known, loved and sung by many Christians throughout the world today. Just at the points where Gibson turns our stomachs and then turns us away, Bach makes us sing. Where Gibson’s theology wants us to suffer for our sins along side the one who died for them, Bach’s doctrine prompts him to rejoice in what Jesus has accomplished for him. Bach, in turn, invites us to rejoice with him. Gibson will not be satisfied until our hearts are broken with grief. Bach will not be content until our hearts are bursting with joy and thanksgiving.

Those who have seen the movie will know that Jesus’ physical anguish is most graphically and disturbingly portrayed, not at the cross, but during His scourging. At that point in Bach’s “John Passion” the audience hears these words in the Bass Arioso “O, ponder now, my soul, with agonized enjoyment, with bitter mirth, and sore distressed in spirit, the highest good is Jesus’ suffering!” But lest this become the kind of morbid meditation in which we are left with nothing but the image of a flayed Jesus being dragged away and His mother wiping His blood from the pavement, Bach immediately provides a Tenor Aria that does something very different from anything in Gibson’s film. It compares the stripes left on Jesus’ body by His torturers with the bands of a rainbow.

“Consider, how His blood bespattered body in every measure with heaven doth compare. That is, that after watery billows of our flood of sin subsided, the loveliest, most wondrous rainbow as God’s own sign of grace stands there.”

When we do get to the Crucifixion in the “John Passion” it is the chorus and sometimes even the audience that does the singing and that to the tune of the hymn “All Glory, Laud, and Honor”. The melody is called valet will ich dir geben by Melchior Teschner. The musical flavor of this chorale is entirely different than the visual scene offered in Gibson’s film. Consider how different these words are from the image burned in the mind’s eye by the movie. “In my heart’s inmost kernel ’tis but Thy Name and Cross. They glow with light eternal, and bring me joy for loss. Oh, sparkle now within me, give comfort in my need, as Thou Lord Christ, most kindly for me to death didst bleed.”

Mel Gibson gives us a Christ who, while suffering for us, invites us to suffer with Him. In Bach’s “Passion” Jesus suffers in our place. In Gibson’s film we are to sympathize with Jesus. Bach presents us with a Savior who sympathizes with us. One makes us weep and one makes us sing.

Those who wish to make the comparison for themselves were able to do so. The Bach Collegium – Fort Wayne will be performing Bach’s “John Passion” in its entirety at 6 p.m. on the 2nd of May in St. Peter’s Catholic Church, 518 East DeWald Street, Fort Wayne.