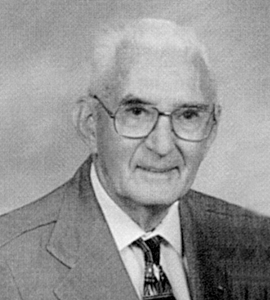 Previous issues traced the adventures and growth of Waynedale. The early 1900s were the creation years of Waynedale. In 1918 World War I bonded us together, as did the previous community experience. As someone said, “We’re all strangers until we look around and find we all have the same way of life.” In 1929 Wall Street crashed losing 30 billion dollars. The nation was headed for a financial depression. Waynedaler’s didn’t go off the deep end. As stocks devaluated and their worth faded away, the loss of paper profits was too much for the big investors. Waynedaler’s invested their future in home property and enjoyed a conservative way of life. Many Fort Wayne homes saw foreclosure. People moved to Waynedale where lots were reasonably priced and not much down. Abner Elzey Senior led this trend.

The ingredients for this mixture went like this: a customer who desires long time ownership, a customer who had little or no money, a customer who will occupy as soon as possible, and last but not least, the customer would have to state that he would be a good financial risk.

It should be said that the Fort Wayne home foreclosures during the depression days saw the biggest migration ever. The old timers probably would have called it a shack town. What they didn’t know was that first time builder bought materials to match his cash-on-hand and ended up with a garage. The next year he often came up with a beautiful home anyone would be proud to own.

1931 through 1934 was the worst part of the depression. One would think we leaned on our national government too heavily and our local government just watched. This was far from the truth. Local government not only did a superb job but also could be used as an example of how to care for the indigent.

The township bought and made available gardens, some of which are still in use. Workers were transported, seed was furnished, and vegetables were doled out or taken to the Ossian Cannery for use at wintertime. Co-op grocers filled township orders with staple items only. It was difficult but not impossible. One tricky item was coal oil. One gallon only for the average family, two for a family of 5 or more. Glass containers only, glass was half the price of metal. Guess which we used and be careful. One gallon was to be used for all cooking needs as well as heating. Many churches maintained clothing exchanges.

Many lost their electricity. Others asked and got delayed billing. We in the grocery business also had delayed billing, not intended, one interesting effort was tried and was semi-successful. From 1932-1934, the Allen County Treasurer and Auditors were authorized to print script money and stamps. Home rule was becoming to politicians. County printed script was sold to cooperating grocers who attached a stamp on the completion of every sale. When filled it was to be returned to the County Treasurer, Fred Eggleman.