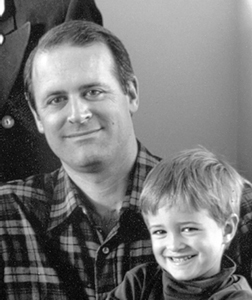 After one year since its enactment, the “Do Not Call” telemarketing law has been, without question, one of the most successful and popular laws ever to have been established in our state. To date, over one million people have signed up with the Attorney General’s office, and Allen County has the most signees per capita of any county in the state. Needless to say, the people have responded to this concept.

Even more importantly, the law is working! There are two reasons for this. First, it is the toughest law in the country (meaning it has the fewest exceptions) and so effective that it has become a model for the rest of the nation. Second, we have Attorney General Steve Carter. I cannot sing his praises enough. He is totally committed to making this law work. This means making sure that it is easy and effective for our citizens to sign up. I believe the job he and his staff have done in establishing the signup list either by calling, writing, or singing up via the internet, is terrific. But this is only half the trick. The other half is making sure the telemarketers know our state means business, and that the law will be enforced. Here, Steve Carter has been even more effective. He has recently settled ten grievances with telemarketers by agreeing to a significant fine against them, and, more importantly, getting them to agree in court not to violate the law again!

Unfortunately, the very effectiveness of the law has caused the telemarketing industry to make Indiana its test case in the federal court system. The second lawsuit in four months has been filed by the industry, challenging the constitutionality of our law.

The approach to these lawsuits has been cynical, at best. The telemarketers have convinced several charities that they represent to become plaintiffs in their lawsuits. This way, they can use the cover of natural sympathy for these groups to avoid the certain public anger that would follow. Who are these charitable groups. Well, the latest plaintiffs total four, and are: The National Coalition of Prayer; The Disabled Veterans of Indiana and Kentucky; the State Troopers Association; and the Association of Chiefs of Police in Indiana. Now, who could argue with these groups? Perhaps a little scrutiny into just how these groups get their money is in order.

Any time a charitable organization is planning to raise money through a major campaign, they must register with the Attorney General’s office. The key requirement is to report what is finally raised after the campaign is over, as well as to show what percentage of the take goes to the charity, and what percentage goes to the telemarketer. The National Coalition of Prayer, Inc., based in Springfield, Tennessee, had a fundraising campaign from February 2000 through May 2001. According to the records shown to me, their fundraising campaign raised over $760,000. Incredibly, the telemarketer kept over 90% of the money, or about $670,000. The charity received around $75,000! All of these people who thought they were donating to a legitimate charitable cause were, for the most part, just lining the pockets of the telemarketer.

The Chiefs of Police also had a fundraising campaign, though this one lasted from 1997 to 2001. Again, according to the records provided to me, the total raised was over $1.6 million dollars. Of that, the charity received about $500,000 while the telemarketer received over $1.1 million.

So who do you think is really behind these lawsuits? Believe me, it isn’t the charities! However, I cannot get over resenting the fact that the Indiana Police Chiefs have lent their name to this sham. I personally called Chief Rusty York of the Fort Wayne Police Department to let him know about the lawsuit. I asked him to disassociate himself from the suit and to publicly call for his association to withdraw from the suit. To his credit, he said that he knew nothing about the suit, and that he would do what he could to encourage the organization to withdraw. Thus far, I have heard nothing publicly stated by the Chief about the suit. I would encourage all readers of this column to call the Chief’s office and ask him to publicly condemn this lawsuit.

Remember, this law came into being because the people of this state said they wanted the telemarketing calls to stop. This new lawsuit may well go to the Supreme Court of the United States. This is the goal of the national telemarketing groups. Our Indiana law enforcement leaders should not allow their names to be used to further the cause of the telemarketing industry.

Any claim by these charities that they cannot raise money under the new law is untrue. Charities are specifically exempted from the law. The catch is: any charity wanting to raise money by making phone calls can do so, so long as they use either their own employees or volunteers. What these charities involved in the lawsuit are saying is their right to raise money by hiring a telemarketer is more important than our right to privacy in our homes! It seems clear that the only charities that will challenge the law are those who are too lazy to use their own resources to raise money for their causes. They would rather a telemarketer make the calls for them, using their name as a guise to allow the telemarketer to take a high percentage of every donation.

I hope you are as outraged as I am, and that you will take the time to call the Chief of Police today. His phone number at the City is 427-1230. Give him a call and let him know how you feel. It can only help in the cause to keep our law on the books!