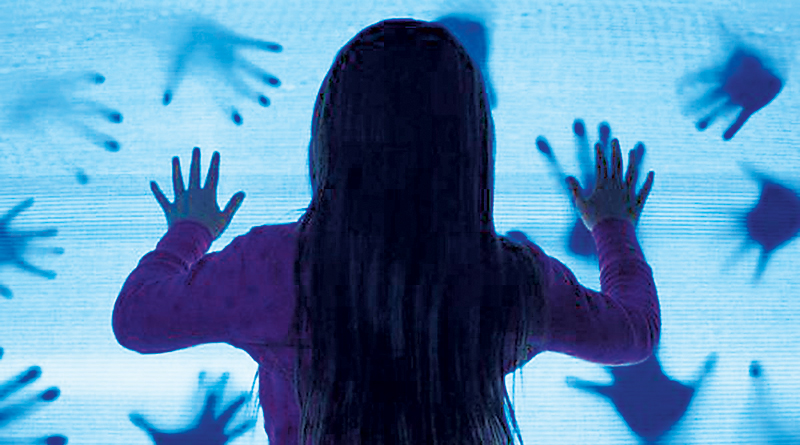 For me, brisk autumn weekends are perfect for curling up with a scary book or movie. While there are some obvious choices, such as my favorites, Scream and Halloween, I combed through Netflix and Hulu to find some other creepy options for watching at home.

Delirium features Topher Grace as Tom, a man released from a mental institution to spend the last 30 days of his sentence under house arrest in his late father’s mansion. Quickly, Tom starts to suspect that the house is haunted, but when the officer assigned to his case (Patricia Clarkson) takes off with his meds, he cannot trust himself to differentiate between what is real and what is hallucination as he tries to get to the bottom of his family’s suspicious past. Delirium meanders through its plot and has some pretty corny moments, but the mystery at its center is intriguing and confusing enough to keep the audience hooked.

For more traditional haunted house stories, you might try I Am the Pretty Thing That Lives in the House, also on Netflix, or The Others on Hulu. Told from the perspective of a ghost, I Am the Pretty Thing That Lives in the House is the story of Lily (Ruth Wilson), a hospice nurse sent to take care of author Iris Blum (Paula Prentiss) in a haunted house. The film is quiet and reflective, but also very tense and frightening. It is a scary story that manages to also be beautiful, and creates a lot of dread without much violence. Ruth Wilson is fantastic and much of the narrative relies on her skills, since her character spends the majority of the film alone. The Others is reminiscent of the Henry James classic The Turn of the Screw and stars Nicole Kidman as a mother in an isolated mansion, trying to protect her sickly children from her increasing suspicion that either the caretakers of the home are driving her insane or something from the other side is creating trouble. The film has some great twists and plenty of jump scares to keep things fun.

If you’re in the mood for horror-comedy, Netflix has Little Evil and Life After Beth to offer. Little Evil stars Adam Scott as Gary, a real estate agent and newlywed trying to bond with his wife, Samantha’s (Evangeline Lilly), young son, Lucas (Owen Atlas), who he suspects might be the antichrist. Little Evil is not an especially good movie, but it has some decent laughs thanks to Gary’s friends and step-dad support group. The fun of the movie really comes from the little ways it pays homage to horror classics such as The Omen, Poltergeist, and The Shining.

In Life After Beth, Zach (Dane DeHaan) barely has time to grieve his girlfriend, Beth’s (Aubrey Plaza), death before she comes back to life. Beth’s return raises conflict between Zach and her parents, Maury (John C. Reilly) and Geenie (Molly Shannon), then a near-zombie apocalypse. If Little Evil is a family comedy crossed with a horror movie, then Life After Beth is a romantic comedy crossed with a zombie movie. The film is a showcase for the weirdly hilarious talents of Aubrey Plaza, but also stars a very funny ensemble as the central couple’s parents. Watching Plaza gradually transform into a zombie demonstrates her acting chops and provides some offbeat and humorous moments.

If you would rather binge watch a series, Hulu has one of my favorites: Dead Like Me. This short-lived series is the story of an 18 year-old girl, George (Ellen Muth), who is killed suddenly by a toilet seat falling from space. Before she can move on, however, she has to serve her term as a grim reaper, under the supervision of Rube (Mandy Patinkin) and his team of reapers (Callum Blue, Jasmine Guy, Laura Harris, and Rebecca Gayheart). Dead Like Me is at once morbid, quirky, hilarious, and thoughtful as George tries to grow up and grieve her own death while also dealing with the indignities of temp work.