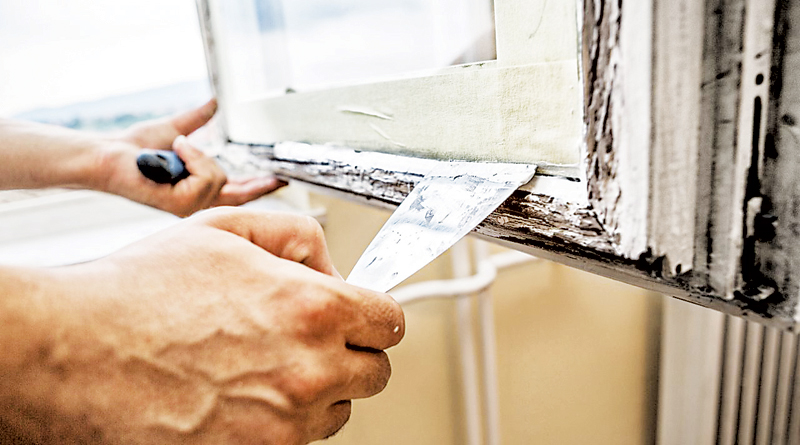 Fort Wayne Mayor Tom Henry announced that the City’s Office of Housing and Neighborhood Services is the recipient of a $680,000 grant to remediate lead paint in older homes. The City will partner with the Allen County Department of Health to identify children with elevated blood lead levels and remediate lead paint in their homes, or the homes where they attend day care or visit often.

“Lead-based paint is the most common source of lead poisoning in children,” said Kelly Lundberg, director of the City’s Office of Housing and Neighborhood Services. “Lead paint is a serious threat in communities like Fort Wayne that have a significant number of homes built before 1978, when lead paint was banned. I’m pleased we are taking on this important work to help keep our children safe.”

Fort Wayne’s grant is one of four awarded by the Indiana Housing and Community Development Authority. Other organizations receiving awards include: the City of South Bend, Vanderburgh County Health Department (serving Evansville), and NEAR East Area Renewal (serving the IndyEast Promise Zone in Indianapolis).

“Lead is a common problem in older homes and is especially dangerous for children who are exposed to it,” said Lt. Governor Suzanne Crouch, who serves as board chair of the Indiana Housing and Community Development Authority (IHCDA). “That is why IHCDA and our State Department of Health applied for and received federal funding to remediate lead in targeted areas like Fort Wayne. We look forward to working with Mayor Henry, the City of Fort Wayne and their partners to remediate lead in their community.”

The Fort Wayne grant should help remediate lead paint in approximately 40 local homes either owned or rented by residents who earn less than 80 percent of the area’s median income. The Allen County Department of Health will make referrals to the City based on children who have been tested and have high blood-lead levels. If the City serves all of the families whose children have been identified to have lead poisoning and are income-qualified, the program may be opened to the general public.

“A child’s body takes in lead easily, and even a small amount can cause irreversible brain damage and behavior problems,” said Dr. Deborah McMahan, Allen County Health Commissioner. “Unfortunately, a child who is lead poisoned may not look or feel sick. The only way to know for sure is to have the child tested.”

In 2012, the City was awarded a $2.5 million grant from the U.S. Department of Housing and Urban Development; that grant allowed the City to remediate lead paint in 180 older homes. The Office of Housing and Neighborhood Services has applied for another lead remediation grant from HUD and should learn if it will be awarded within the next few months.

According to the Department of Health’s website, “deteriorated lead-based paint in the child’s home environment is the primary source of lead poisoning, and children under the age of six years are especially vulnerable to the effects of lead. Lead poisoning can damage almost every system in the body. While the damage to some parts of the body like the gastrointestinal system can be treated, the damage to the brain is irreversible.”

The Department of Health has a helpful eight-question quiz on its website to help parents or guardians of children ages 1-6 determine if they should have their child tested for lead poisoning. The website also has links to information about reducing the risks of lead paint in the home. The website is www.allencountyhealth.com.

Lead paint can be remediated in several ways, such as replaced or repaint windows with peeling paint, which can cause lead dust to contaminate floors and toys. Walls can also be repainted, and carpet and exterior siding can be replaced.