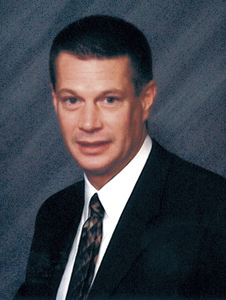 Here’s a sobering statistic: 46 percent of workers surveyed had little or no confidence that they will have enough money to live comfortably throughout their retirement years, according to the 2010 Retirement Confidence Survey, issued by the Employee Benefit Research Institute. So you may want to explore all possible retirement savings vehicles —including a variable annuity.
Generally speaking, when saving for retirement, it’s a good idea to contribute as much as possible to your IRA and your 401(k) or other employer-sponsored retirement plan. But if you’ve fully funded those plans for the year, and you still have some money left to invest, you may want to consider a variable annuity, which offers these benefits:
Tax deferred earnings—Your variable annuity’s earnings have the opportunity to grow tax-deferred, which means your investment dollars can accumulate faster than if they were placed in an investment on which you paid taxes every year. When you eventually make withdrawals, your earnings will be taxed at your ordinary income tax rate. (For non-qualified annuities, you won’t have to pay additional taxes on the amount you contributed.) There are no tax advantages to investing in a variable annuity with qualified money.
Variety of investment options offer diversification—Variable annuities allow individuals to invest in several different professionally managed investments, known as “subaccounts.” You can choose the subaccounts that best fit your risk tolerance, time horizon and long-term objectives. Keep in mind, though, that diversification does not guarantee a profit or protect against a loss.
No contribution limits-Each year, you can contribute far more to a variable annuity than you can to your 401(k) and your IRA. In fact, you can contribute virtually unlimited amounts to your annuity.
Payout flexibility-A variable annuity provides you with flexibility in gaining access to your money. You could, for instance, collect a lump sum. But you might find it more advantageous to take your payments over a specified number of years. You could even choose to receive a lifetime income stream.
Guaranteed death benefit-If you die, your beneficiary is usually guaranteed the amount originally invested, minus previous withdrawals. Some variable annuities offer death benefit options, which may increase the death benefit over time. Guarantees are based on the claims-paying ability of the issuing insurance company.
While variable annuities do offer some key advantages, there are also some considerations to discuss with your financial advisor before investing. For one thing, variable annuities are not suitable for everyone. A variable annuity is unquestionably a long-term investment. In fact, you may be assessed a surrender charge if you pull money out of the contract within the first several years after you purchase it. However, some variable annuities allow you to withdraw a portion of your investment, such as 10 percent of your purchase payments without incurring a surrender charge, while others allow full withdrawals. Another point to keep in mind is that if you tap into your annuity before you reach age 59-1/2, you may be hit with a 10 percent early withdrawal penalty.
One final note: A variable annuity is just that—variable. The value of your annuity will go up and down, based on what’s happening in the financial markets, and there’s no guarantee that your annuity won’t lose principal. Also, variable annuities vary greatly in their terms, features and fees, so, before investing, you’d better shop around. Consult with your financial advisor to determine which variable annuity is most appropriate for your needs. Ultimately, though, you may well find that a variable annuity may be the final piece to your retirement income puzzle.