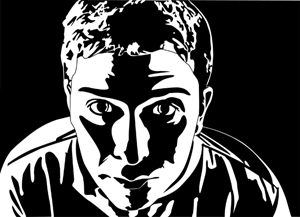 While reviewing this film I plan on staying away from politics. That is a difficult task, but the movie is not necessarily sided between you’re an Obama supporter or a McCain supporter, it’s about our current President of the United States and why he chose to become and finally became that person. The film even said that’s what it was about in one of the trailers. It’s a large, difficult topic to cover in one film, even more challenging with him still being in office; it is the first film to make a film about the President while still in office.

When looking at the film, it’s easy to see director Oliver Stone’s opinion about George W. Bush by how he portrays him, which is as an unintelligent, brash, cocky individual who is also a sloppy eater. Whether any of these things are true or not they are taken to the limit and that’s where I think the film falls quite a bit for me. It feels as though Stone is pushing these ideas too far and making them unbelievable because of how far they go. Obviously, Stone took quite a few liberties while making this film, which he is entitled, but they went a little too far and it left me wondering what was real and what wasn’t. The film is very reminiscent of one of his earlier films, JFK. Which is a very powerful film and shook up a lot of commotion because of the possibilities that existed, and I think that’s what Stone wanted to do once again. The craft was not the same, nor was the story.
If Stone wanted to make a film about why Bush is an incompetent leader, why make it now? That’s what I’ve asked myself since I’ve seen it. It should have been made alongside Fahrenheit 9/11 if he wanted to make a difference. No matter how much of it is true or fake, it’s not going to make a difference because whether the public loves him or hates him, Bush will leave office in January. I also keep wondering this because nothing is shown past 2004. There is so much more to be touched on, and the film misses completely. There is a lot of tension between Colin Powell and the rest of the Bush cabinet about the war, but it never addresses why he didn’t return to the Bush administration in 2004. It never addresses Bush’s reaction to the Iraqi War, just why he “chose” to go there, nor does it show his response to Hurricane Katrina. There were all these possibilities for speculation of Bush during his Presidency, but Stone chose to portray him as a moronic drunk from his younger years.

There is simply too much to cover of the content to even begin to analyze the artistic aspects in this short article. Whether you love President Bush or if you hate him, I’d definitely recommend passing on W.