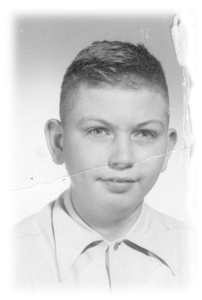 I had not seen Billy for nearly a week, so I went to his house to find him. I peered through his bedroom window only to see his motionless body. When he would not respond to my pounding on his window, I called 911. When the fire department broke into his home we found his lifeless body. But this story is not about a lonely solitary ending, but a joyful life.

You see Billy was one of those people you probably don’t know. Although most of Waynedale’s businessmen did. We often referred to Billy as the “Mayor of Waynedale”. Billy knew everyone and anything that was going on in Waynedale. His obese pear-shaped body and infectious smile were unmistakable. Many of the local businessmen helped Billy. Some provided useable shoes and clothes, others provided small jobs and food to Billy. But a few businesses ran Billy off because on some days Billy could have used a little more soap or could have talked just a little less. In fact some days you couldn’t shut him up long enough to think.

But Billy’s soul was good at heart. He knew right from wrong. He had an opinion on everything and was not shy about telling you about it. Most of all Billy was a true friend. If you were his friend he would do anything he could to help you. He was constantly bringing over little treasures he would find or giving me items people would give him as reward for helping them. He was proud of his family and would constantly bring in pictures to show me and to tell stories of his past. He was especially proud of a Portage Jr. High yearbook, which had both his and my pictures in it.

Although to be honest, I only vaguely remember Billy as one of the fat kids in the special class. Little did I know that later Billy would become one of my best friends in life. But teenagers and most adults seldom look past the visual exterior. Too bad, we miss so much.

Billy was always concerned about his bills. Billy survived on $500.00 per month on disability. The very day his check would arrive, Billy would be at my shop with an envelope and a stack of bills to be paid. I would put money into each envelope and Billy would personally pay each bill. His bills would come first, even before food. In May and November when property taxes were due Billy always ran out of food. He survived with handouts from friends and businesses until his next month’s check would arrive. His greatest fear was that one day property taxes would rise so high he would lose his home. That day was soon approaching. If Billy had to die, I’m glad it happened before Billy lost his home to property taxes.

Billy was constantly helping the elderly and running errands for them. He just wanted to be accepted and loved for whom he was. Many who have taken Billy for granted will miss his kindness and laughter.

I guess I’ve written this article for two reasons. First of all I wanted you to know about my Billy and to think about all the “Billys” of the world. The ones we don’t see every day and the ones we do, but ignore. Their lives have meaning and count for something. Add their lives to your circle of friends and you will be blessed for it.

Secondly, I have written this article for those who make the laws we must live by. Please keep in mind the least among us. Not everyone has your mental and financial capabilities or family support that you have. Even the least among us should be able to live in their homes without the constant threat of losing their homes to property taxes or petty code enforcement. Although Billy was fully independent, he could not control what government would require of him. So all of us should require control of our government. Property taxes are just wrong! Any government that must extort money from its citizens by threatening the sale of their homes, does not represent the people. Government must always protect the “Billys” of the world and those of us without political influence.