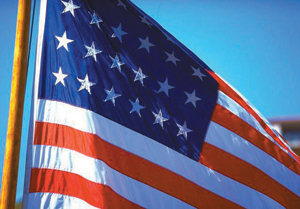 Little did I know when I wrote my last column, the horrible events that were to come. I remember the nostalgic trip I had to Waynedale for the birthday party and the old songs that brought tears to my eyes. Little did I know then, that that would be the beginning of the end of the life of security as we knew it.

The news of the attacks came to me via phone, the day after the birthday party for my mother. I was alone at our lake house asleep at 8:50 AM, and was annoyingly awakened by a phone call which I ignored through three sets of incessant ringings. Finally, I got up and stumbled to the phone, hearing my husband on the other end telling me of the attack on the United States. It is hard to get my brain in order when just awakening, but I turned on the TV and saw the second plane tear through the World Trade Center. I don’t think I left the TV for the next two days, and although I was there a week, sat in stunned disbelief staring at the TV, never going out on the boat until the last day. The horrible reality took a strange form. It seemed like watching a long winding row of dominos tumble. One thing led to another. I kept thinking of my dad, who was a Waynedale fireman, and that all the firemen who belonged to the Waynedale Fire Dept. were standing in heaven with all the other fallen firefighters welcoming their heroic comrades into heaven. I watched, as the rest of you did, as the rescue crews unceasingly worked in vain to find victims and as the days went by, realizing that the news was increasingly dim for any survivors. I felt the same surge of patriotism that mushroomed throughout this country.

Everywhere I looked, American flags quickly emerged: on cars, on trucks, on houses, on storefronts, in windows, on motorcycles, in children’s hands, and on shopping carts. We became a united America in a way that I have never seen in my lifetime. We have always been fragmented in this way or that. But as the horror of the godless infidels’ act became a reality in stunned minds, we were as one. The one thing I want to emphasize in my column today, is that these evil criminals are not of God. They are cowards of the most sinister kind. They hide behind the cloak of God, but they know only satanic acts. Perhaps this is to be a holy war, but the holiness does not lie with the infidels. It lies with all the good people who fly the American flag, pray to one God, give to all the relief agencies, and ban together as one. It lies with all the Americans who now aspouse no political party, who sing with one voice, who exhibit the kindness and the heroism the likes of which I have never seen. I am grateful for those who readily came to America’s side as allies. Some we expected and some were doubtful. This heinous crime touched even the remotest of hearts. All except the evil, foul, villainous, hate-filled, monsters who defiled humankind. For this, there is an answer, and it will come. It will come from our God who has been spat upon, and whose name has been taken in vain. We sang the Battle Hymn of the Republic at my dad’s funeral. Yes, that is the appropriate hymn that we now sing. I will never forget the funeral procession going by the Waynedale firehouse and the black wreath placed in Dad’s honor there. A black wreath hangs on my door as grief for all the fallen firefighters, police officers, health care workers, and ordinary citizens who join in this extraordinary, exemplary effort to sort through every piece of wreckage, who comfort the grieving, who offer every assistance that they can give. At the time of this writing, I know of not one person who has passed up the opportunity to give in whatever way they can. For as united people, we give of our time, our money, our prayers, and our assistance to our loved ones. We need not have known them. We look around us, and we are them.

Love to all my Waynedale friends and with you I grieve,