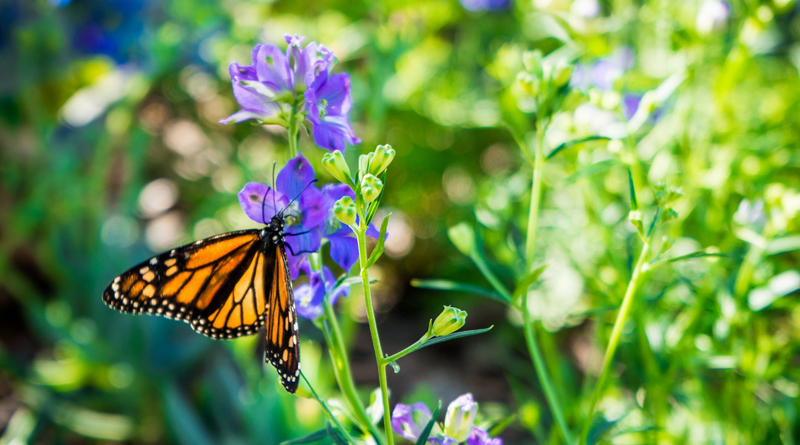 The name of this month, of course, is October. It comes from the Latin, “octo,” for “eight,” because in the Roman Calendar this was the eighth month. But in the Gregorian Calendar, which we use, this is the tenth month.

When we discover something curious of this nature – statements, facts, discoveries – while looking for something else — this experience is called serendipity, the faculty of making fortunate discoveries by accident. So, let’s look for seven more serendipitous statements.

We are indebted to English Author Horace Walpole for our second discovery – the word serendipity. He formed the word from an old name for Sri Lanka, Serendip. Walpole explained this name was part of the title of “a silly fairytale called The Three Princes of Serendip: As their highnesses traveled, they always were making discoveries, by accident and sagacity, of things which they were not in quest of …”

Next on our list of discoveries is the period at the end of this sentence. It looks innocent enough. But scientists tell us the universe is which we exist with about a 100 billion galaxies, some 14 billion years ago, was contained in a speck smaller than a period. The speck expanded suddenly in a billionth of a second bringing the universe – and the Big-Bang theory – into existence.

Continuing the topic of the universe, the sun is so large that, if it were hollow, it could contain more than one million worlds the size of our earth. And there are stars in space so large they easily could hold 500 million suns the size of ours.

Fifth, the Monarch butterfly makes an annual migration across North America to avoid winter weather. In autumn, tens of millions of Monarchs fly south and roost in huge numbers on trees in selected mountain areas of California and Mexico. Their journey can cover more than 2,000 miles. In addition, Monarch butterflies use the same trees year after year. Each butterfly, in fact, reportedly returns to the same branch!

New species of underwater life, including a giant sea spider and armored shrimps, have been discovered by an expedition trawling in deep water northwest of New Zealand. Researchers on a joint NZ and Australian voyage also found many species new to science, including new sharks and rays, redfish, rattails and a range of invertebrates. In total, 500 species of fish and 1,300 invertebrates were discovered.

About 8.7-million plants, animals, fungi and single-celled organisms are thought to exist on Earth, although estimates for this figure range from 3 million to 100 million. Around 1.7- million species have already been classified, but this leaves the vast majority of life on Earth undescribed or undiscovered. Most of those species yet to be discovered are likely to be tiny, such as bacteria and insects, and inhabit poorly explored areas like the deep ocean and soil. However, larger animals, to include rodents, snakes, salamanders and even primates, are still being found. Between 1999 and 2010, a staggering 615 new species were discovered on the island of Madagascar alone, including 69 amphibians, 61 reptiles and 41 mammals.

Finally, Emperor penguins live in the coldest climate on earth. Temperatures can drop as low as minus 140 degrees Fahrenheit on the Antarctic ice. After mating, the female lays one large egg. The egg immediately is rolled to the top of the male’s feet where it is incubated by a thick fold of skin that hangs from his belly. The males manage to survive by standing huddled in groups for up to nine weeks. During this time the female returns to the open sea to feed while the male continues to keep the egg warm, often losing about half of his body weight because he does not eat. (See the film, March of the Penguins).