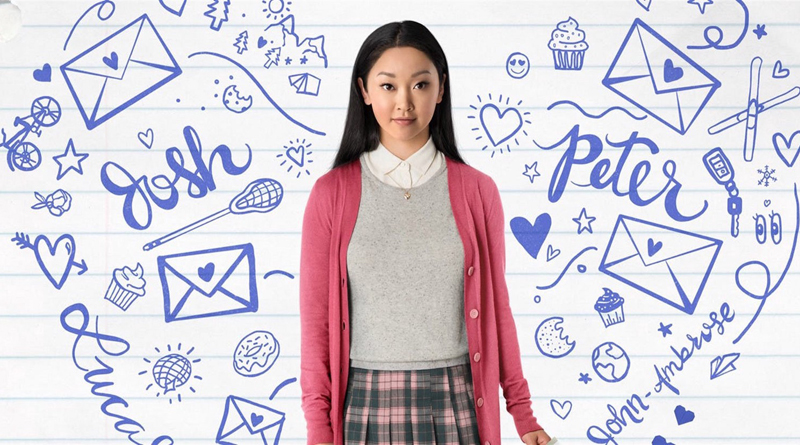 There has been a lot of discussion about the Netflix true crime machine, but the streaming service has also upped their romantic comedy game. One of their recent productions, To All the Boys I’ve Loved Before, has some classic romcom charm and a quippy trio of sisters at its heart.

To All the Boys I’ve Loved Before stars Lana Condor as Lara Jean Covey, a high school junior who loves romance novels and secretly pines for her older sister Margot’s (Janel Parrish) boyfriend, Josh (Israel Broussard), who used to be her best friend. If that weren’t complicated enough, someone finds and mails a set of letters Lara Jean wrote to the boys she has “loved” but never meant to send. After Lara Jean narrowly avoids dying of embarrassment, one of the boys, Peter (Noah Centineo) agrees to pretend to date her. The arrangement will make his ex-girlfriend jealous and both saves Lara Jean from further mortification and gets her little sister Kitty (Anna Carthcat) off her case.

To All the Boys I’ve Loved Before pays homage to John Hughes, but it more closely resembles another 80’s teen comedy (and one of my favorites): Can’t Buy Me Love. The film does a good job of riffing on genre tropes (the precocious younger sibling, a class trip, etc.) while being its own movie as well. As Lara Jean, Lana Condor provides a lot of charm and warmth that grounds the story in a character we can actually care about. Her chemistry with little sis Anna Carthcat and love interest Noah Centineo adds plenty of comedy and romance.

Nothing in To All the Boys I’ve Loved Before feels really new or unique, but the family dynamic at the core of the film provides a healthy dose of reality to counter some of the silliness of the love triangles. The bond between the sisters gives a slightly different spin to how the plot plays out. Although the trope of the widowered father (Dr. Covey) has been done time and time again, John Corbett’s performance is typically endearing and his relationship with his daughters is progressive without being preachy. In the family dynamic you can also sense that a multicultural team of women wrote and directed the film. There’s some good stuff there.

Overall, To All the Boys I’ve Loved Before is a sweet romantic comedy that is well worth a weekend screening on your couch. Pair it with Can’t Buy Me Love or Sixteen Candles for a double feature.

To All the Boys I’ve Loved Before runs 1 hour and 39 minutes and is rated TV-14. It was written by Sofia Alvarez based on the novel by Jenny Han and was directed by Susan Johnson.

For something completely different, I thoroughly recommend seeing Blindspotting, a dramedy that I think has a real shot at Oscar nominations for Best Original Screenplay and Best Actor and/or Supporting Actor. The film takes place over the last three days of Collin’s (Daveed Diggs) time on parole. He just has to stay out of trouble for 72 more hours and he will be a totally free man, able to move out of the halfway house and into his Mom’s. His best friend, Miles’s (Rafael Casal) hot head poses a real threat to Collin’s plans. On the first night of the film, Collin witnesses a police officer shooting a black man who was running away from him. The anxiety that the event causes for Collin adds additional pressure, as does the tense relationship between him and his coworker and ex-girlfriend, Val (Janina Gavankar). The film raises questions about what we see in the world and where our blindspots are.

Blindspotting does a beautiful job of engaging issues around race, police brutality, gentrification, and socioeconomic status without oversimplifying the ways in which these issues intersect. The film is set in writer and star Daveed Diggs’s hometown of Oakland, California, which is dealing with these issues, and his familiarity with the place comes through clearly in the script. That the film is so grounded in a specific place helps give the message nuance and clarity as well as a deep sense of connection between the characters and their environment. Blindspotting is one of the best movies I have seen in a long time. The performances are intense and the screenplay is both funny and anxiety producing.

Blindspotting was written by Rafael Casal and Daveed Diggs and directed by Carlos López Estrada. It runs 1 hour and 35 minutes and is rated R for language throughout, some brutal violence, sexual references and drug use.