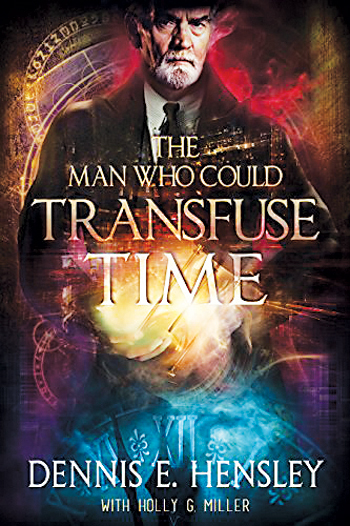 What intrigues me most about this novel is that it takes something miraculous and makes it convincing. The story’s main character, Ian Moore, has the incredible ability to take hold of two people’s arms and to transfer years out of one and into the other, so that the old get young and the young get old. At first blush this sounds preposterous, but Hensley weaves solid science and sound theology into the story to make it believable. There is an actual disease called progeria that causes children to age seven times faster than normal. Numerous hospitals and research labs have been studying this phenomenon for decades to try to understand what triggers the human aging system, and Hensley refers to such research as part of his story. Similarly, his characters discuss the fact that original human beings had super powers: Adam could work without sweating, and he had a brain that could come up with names for all the animals. What if some of those “super” genes were activated in humans today? The results would be astounding.

This story is a page turner. Ian Moore is aged and must find a worthy successor for his power, but he is being pursued by a wealthy newspaper publisher who wishes to use Moore’s gift for his own benefit. One of the beneficiaries of Moore’s gift is a genetic researcher, Dr. Francis Anderson, who likewise pursues Moore, desperate to discover how this ability to rejuvenate life is possible. And, of course, there is a beautiful nurse, Peggy Chandler, to add romance to the plot. Naturally, as with every Doc Hensley novel, there are elements of humor, witty dialogue, strong character development and lots of surprises.

Cleverly, this novel provides a platform to discuss such theological elements as being born again, having eternal life and experiencing a resurrected body. No, it isn’t a heavy treatise on biblical theory, but it does raise questions the characters are forced to ponder and evaluate. In short, it’s fast-pace storytelling that also provides an intellectual plot.