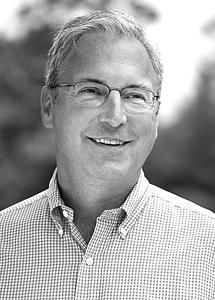 Folks across the city are dealing with the aftermath of the recent storm, the power outages and the record-setting heat wave that followed. The aftermath for many has included disposing of cutting up downed trees and tree limbs, discarding spoiled food, and, like Dawn and me, getting a tarp on the roof and receiving the report from the claims adjuster.

It has meant counting our blessings in terms of neighbors, family and friends who helped others clean up, stay protected, and lessen the burdens of being without power.

It has meant a time of thanks for those who stepped up to the plate to restore some normalcy to lives. Particularly those line crews from I&M, United REMC, Northeastern REMC, Paulding-Putnam REMC and the many, many line crews who traveled from other states to help restore power in oppressive and unprecedented high-heat conditions.

Please know that the City Council stands ready to approve those funds necessary to cover the city response to the storm. Once again, as in the case of the ice storm, the City of Fort Wayne is providing areas for disposal of trees and tree branches at several locations and crews will work to get fallen brush that has been placed in park strips along city rights of way.

Are there things that can be improved in terms of response to such an emergency? In the case of the recent storm, there is a need to plan for ice transportation and distribution to effected residents. In the days following the storm I received numerous calls, as did two other Council members with whom I spoke, from folks who needed ice for preservation of medicines. While commercial firms such as grocery and convenience stores did yeoman’s work in establishing ice re-supply in the days following the event – the need was acute enough that Fort Wayne could emulate cities and towns in other affected areas that arranged for additional ice.

As you may have seen in other news reports, I have called for the City Council to engage in an assessment to lower the risk from power outage. This includes an examination of additional underground power lines or other methods of lowering the risk of prolonged outage. No one is talking of an ‘Apollo’-type program or cost-prohibitive project.

I am, though, talking about a responsible and positive effort to identify those areas that are most crucial for strengthening in terms of reliability of service and the long-range lessening of maintenance. That is, an effort to be deliberative in identifying specific actions with the highest cost-benefit ratio that can help guard against the risk of loss from lack of electric power.

May the rest of your summer be uneventful. But let us also plan for the inevitable future risks that face the community.