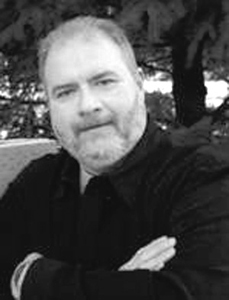 My son is a fisherman. He grew up drowning worms in Washington lakes and rivers. Since then, he has moved on to bigger and better things. He has fished for salmon off the Pacific coast and halibut in Alaska. He has caught marlin and sailfish in Mexico. These days, he is a dyed-in-the-wool, catch-and-release fly fisherman.

Now, I know a thing or two about fly fishing. OK, I only know one thing about fly fishing. It looks easier than it is! In the few times I tried it, I snapped off enough flies to outfit a tackle shop. It’s all I can do to remain upright while walking up and down the river.

In addition to navigating treacherous, rocky stream beds and withstanding frigid water temperatures, one is expected to be able to whip that little fly line with enough accuracy to land it in just the right place to convince a wary trout that it is really a bug lighting on the surface. Frankly, it is just too stressful for me. But, not for my son. He can do it. He even catches fish!

Admittedly, my approach to fishing is somewhat casual. If I need a rod, reel, or hooks, I go to the local department store. Once in a while, I even frequent the local tackle shop. Not my son. Like any self-respecting, Upwardly Mobile Professional he buys his gear at an exclusive high end fly fishing establishment in the heart of “Yuppieville”. He spent more on his fly rod than I did on either of my first two automobiles. With an investment like that, you better catch fish! See? Too much pressure for me. But, I digress.

One morning my son was outfitted in all the latest high-tech fly fishing gadgetry. The rod and reel were brand new. He had unpacked it from its own special carrying case. He made sure he didn’t scratch or damage it as he hiked through the woods and down to the water. He was hip deep in the river and stalking an unsuspecting rainbow trout.

He was feeling so good about his brand new waders and top of the line rod and reel that he didn’t see the hole. Yep, that’s right. He stepped into a deep hole and headed straight for Davy Jones’ locker.

Now, there is one thing I neglected to tell you about my son. He’s not a great swimmer. When he stepped in that hole, he just knew he was a goner. His whole life flashed before his eyes as he flailed in the water and tried to find the surface. Somehow in his panic, he splashed and fought his way to the top. He found air and finally made his way back to solid footing. He was gulping, spitting, and trying to get his heart back inside his chest.

It took some time before he realized that he wasn’t holding his fancy rod and reel. In fact, for a few moments there, he didn’t care about fishing gear. Funny how stepping in a hole changes your perspective.

I think we all experience similar moments of clarity. We spend much of life distracted by the noise and activity that surrounds us. Often, we begin to think the “stuff” is what life is all about. Then, we step in a hole. At those moments, life becomes crystal clear. We let go of the “stuff” and fight for the really important things. Things like good health, the love of friends and family, and purposeful living. Once in a while, stepping in a hole can be a good thing.