Skip to content
Local Opinion Editorials
May 10, 2006 Devin B. Wieland 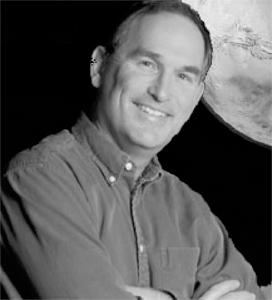 The Evidence of Faith

Terrorists struck from the sky on September 11, 2001, when four hijacked passenger planes were flown into the World Trade Center and the Pentagon. More recently, a bomb was exploded in one of Iraq’s most revered Shiite shrines, shattering the golden dome adorning it. The resultant riots left many casualties in their wake.

As terrible as these attacks were, it is comforting to consider that at least we know what species committed them.

What if we were forced to add aliens from Mars to the list of threats against America? Most of us would prefer not even to let our minds go there, but that’s exactly where Austin Boyd went with his novel The Evidence.

The Evidence is the first book in the Mars Hill Classified series, in which Austin Boyd creates a story that is of truly universal proportions. John Wells, the story’s protagonist/astronaut, watches from space as the U.S. is attacked by terrorists. In the months following the attack, John develops a radical theory about who was behind the attack and how it was performed. He then sets out to stop the U.S. military from launching a military attack against the wrong country, let alone the wrong planet. The story really gains momentum when NASA starts receiving signals from Mars. The Earth then becomes obsessed with the discovery of alien life.

It would be hard to think of someone more qualified than Boyd to write about ideas with such worldwide implications. Living in Huntsville, Alabama with his wife Cindy and their four children, Boyd is the Vice President of a $7.2 billion engineering and technical services company that provides support to the Department of Defense and NASA. He travels extensively to find and win federal contracts for aviation, missile, and NASA space propulsion programs. His current job, as well as his time as a Navy pilot, has taken him all over the world, making him an eyewitness to many of the events and places he writes about. He also knows what he’s talking about when it comes to being an astronaut. Although he has never been in space, Boyd was an astronaut semifinalist four times and a finalist once.

Many more big words could be spent defining Boyd’s achievements and duties, but that would be ignoring who he really is. When asked how the idea of him being in space for long periods at a time affected his wife and kids, Boyd tells people that he stopped pursuing his dream to go to space precisely because of how hard it would be on his family.

“Does God call us in mission and thereby require us to leave our family? I think He might,” says Boyd, “but following that call is very hard to do. I missed the birth of my children, fires in the house, and stressful times when our kids needed their dad.”

A manned mission to Mars is not expected any earlier than 2015. Even then, the challenge will be extremely difficult.

“For Mars, everything required by a moon voyage would have to be multiplied, perhaps many fold,” says a reporter for the “Space and Science” section of CNN.com.

A mission to Mars could last more than three years, and an exceptionally large crew would be required to allow room for sickness and death, which are likely during such an extended stay in space.

All of those factors led Boyd to remain here on earth, but that doesn’t mean he has denied God’s calling.

“I have often been asked, if God led me to pursue a career in space, have I let God down by stopping my pursuit of astronaut selection?” admits Boyd. “I answer this by saying that God called me to a journey, not to a destination. Whether writing, or going to the space station, I am still involved in space and seeking to be responsive to God’s call in my life.”

Using his main character John Wells, Boyd shows how a Christian man responds to some of the most difficult questions and circumstances one could face. The questions raised have such enormous implications that The Evidence is sure to make believers and unbelievers alike think hard.

“My goal is to write fiction that a secular reader will be thrilled by, and in which I can make a case for God through the lives of the characters, but to do so in a way that is not overbearing,” says Boyd.

This is certainly accomplished in The Evidence, and Boyd is satisfied to see that he is still using all the knowledge he gained from his space training to make a difference, even if it is in a different way from what he expected. Boyd’s own saying about his novels is that they are “fiction that makes you ask, ‘What if?'” Some of the dilemmas he has addressed and hopes to address in his future novels are cloning, false prophecy, and mechanical implants in humans.

Boyd also ministers through his involvement with the Choose Life organization in Huntsville, Alabama, where he presents the gospel to young women in crisis pregnancies. Once he has gotten them thinking, just like in his novels, he leaves the decision up to them.

We can expect more difficult questions to show up in Boyd’s novels that will follow The Evidence. He hopes to write a total of five books for his Mars Hill Classified series, but he is currently contracted to write only the first three books for NavPress. The second installment, entitled The Proof, comes out in October, followed by the third book in spring 2007.

As long as Boyd continues to utilize his prime writing time, which is 4:30-6:30 a.m., it doesn’t look like there is anything that will stop him from completing the series. After all, what’s writing five novels to a Navy pilot turned astronaut candidate turned business development manager? As far as coming up with material, Boyd says that, along with reading current science and space magazines, his children help him develop his skills by asking him to tell them tall tales on a moment’s notice before putting them to bed.

“I’m constantly doing that to this day,” he says, “seeing situations, reading about technologies and international crises, and throwing together a story in my head. My wife says I’m weird because I see a new story in everything.”

The market that Boyd will promote his books to is not an easy one. Boyd defines his work as something like futuristic space-suspense, and most readers will likely compare The Evidence to works written by writers like Tom Clancy.

A lot has happened since Boyd first felt called to become an astronaut at 12 years old. But it is from the long periods of indecision and confusion that Boyd emerged with the understanding that willed him to write his main characters into seemingly impossible moral and physical dilemmas, only to show how their Christian values and faith-based lifestyles allow them to triumph. Looking back, Boyd sees how God orchestrated each event of his life to lead him to where he is today, however far it is from where he expected to be. The feeling that his life has been firmly set on an unseen track fuels his excitement for the future.

“It was a long journey, from 1966 to 2006,” Boyd says. “What’s interesting is that, forty years after I started, I have published The Evidence. I understand what a forty year wandering in the wilderness is like. Forty years elapsed from my sense of a calling to my publishing of a novel. And it was a journey that God started me on, a path that he enabled me to walk, with his help. What a wonderful journey it was, and is!”

Devin B. Wieland is a professional writing major at Taylor University Fort Wayne. His freelance pieces have appeared in Church Libraries and The Aboite Independent.