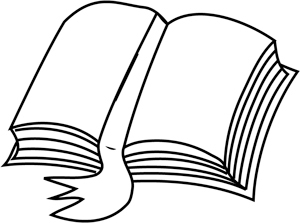 Reflections on the Tragedy In Southeast Asia

As the New Year dawned, at 12:00 midnight, here in Wabash, there was not the usual round of celebrations and firecrackers (gunshots in the air) or other mirth. As we prepared for the first Sunday of the New Year, there was a sense in the First United Methodist congregation, and I would hunch in most churches, that something truly terrible had happened. It was a truly sobering moment, and a time for reflection and prayer.

The word “tsunami” is a word, which we here in the Midwest do not use frequently. We are a land of extreme weather swings to be sure. We all know the standing joke that if one doesn’t like today’s weather in Indiana, just wait 24 hours. It will change. We understand hard rains, ice storms, blizzards, droughts, tornadoes and small earthquakes. Those things we understand. But, a wall of water, which moves at roughly 500 miles per hour, is beyond our experience.

But, as we watched the news on television or over the Internet, or listened to radio, it became obvious as the numbers of deaths grew to staggering proportions, that a tragedy of the first rank had taken place. Even now, writing this piece, the estimate of deaths is in the 125,000 range. And, that estimate is still probably not accurate. The photographs of men and women, boys and girls looking upward with their arms held up and their palms opened to the sky, wracked by pain, covered in tears, will not be forgotten quickly, if at all.

The question, which some ask openly, and others silently, is, “Why did this happen?” Many people believe that God controls everything that happens on earth either directly or indirectly. This is because we believe God to be sovereign. The tough question related to this is, “If God did these things, then is God less loving than humans?” That question implies that if God caused the death of 125,0000 or more, (and it doesn’t matter what religious background they were or even if they had a religious background), then is God a monster? Most of us, as loving, caring human beings, would never want to see such suffering inflicted on anyone. So, why would God want to see such tragedy take place?

Some will say, “Well, God is God. Obviously God must have had a reason for this.” And, when persons say these kinds of things, they are trying to honor God’s majesty and sovereignty. But, the question about God’s true nature still remains, i.e., “Is God truly a loving God, or not?”

Years ago Rabbi Harold Kusher wrote a book called “When Bad Things Happen To Good People.” One of the beliefs which under-girds Rabbi Kushner’s understanding of God and the universe is that there is some “randomness” in the universe. In other words, God is not a “puppet master,” someone who treats living, breathing, feeling beings, as unimportant. As human beings we want to feel secure, and to know that Someone is in charge, especially when chaos seems to have the upper hand.

What then, shall we say about the devastation, which struck on December 31? I would offer these words from the Apostle Paul:

“We know that in everything God works for good with those who love him, who are called according to his purpose.” Romans 8:28 RSV.

It does take faith or trust to believe this scripture. But, as those who believe in Jesus, we believe that the kind of God who inhabits eternity really is like a Father, who would never cause His children needless tears.

And, as people of faith, it’s time to “love our neighbors as ourselves,” and pitch in and make a difference. There are many relief agencies reaching out in this time. What’s important is that we do something to help others in this crisis at the New Year. What we do today, as Americans and people of faith, will come back to us as generosity and kindness returned.