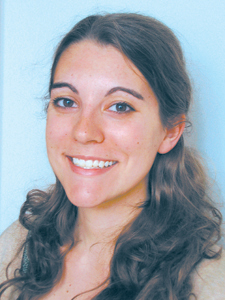 In its opening weekend, Diary of a Wimpy Kid outsold The Bounty Hunter, starring Jennifer Anniston and Gerard Butler. While The Bounty Hunter looks pretty awful, it’s still kind of cool that a kids’ movie, specifically a movie for middle-school boys, without any big names could come in second place at the box office, up against so many stars. Box office results aside, Diary of a Wimpy Kid is pretty cute, but leaves something to be desired.

Based on the illustrated novel by Jeff Kinney, Diary of a Wimpy Kid chronicles precocious preteen Greg Heffley’s (Zachary Gordon) transition to middle school and all the awkward horrors that come along with it. The pensive misfit, Angie (Chloe Moretz) says it best when she describes middle school as a holding place where adults put kids between childhood and the teen years, so they don’t have to look at them. Although he dubs her a “freak,” Angie becomes one of Greg’s guides to middle school as he dances back and forth across that invisible line between childhood and the realm of the teen. Meanwhile, Greg puts a lot of effort into transforming his best friend Rowley (Robert Capron) from a goofy mama’s boy into something more “middle school friendly,” only to find that Rowley’s philosophy (quoted from his mother, of course) that you should “just be yourself and people will like you” may not be so stupid after all.

The message of the movie is pretty standard. How many movies for kids and teens advise “just be yourself”? Most of them? What I really liked about this movie, however, is that instead of the main character being transformed into a popular kid and that backfiring, or being constantly humiliated until someone finally realizes his true worth, or some other lame, recycled plot, the message is conveyed through the sidekick character, Rowley. Try though he might, Greg never succeeds in changing Rowley and while Rowley thrives in middle school, Greg flounders, mostly in his own self-perception. Greg isn’t tormented by other students so much as he is by his own ideas about what it means to be popular. To me, this dynamic felt so much more true-to-life. While the story is framed like a middle-school social climbing narrative, none of the characters make dramatic shifts in their social dynamics, they just learn how to make the best of the relationships they have built over time. In the end, the cheesy, somewhat pedantic story is a bit fresher than usual.

That being said, the way the story is told doesn’t totally work. The pacing of the story seems imbalanced and the movie lacks great transitions, so as a whole it feels very choppy. Maybe a kid wouldn’t mind, but as a grown-up, I found the movie chaotic and poorly organized.

Diary of a Wimpy Kid also features some tired stereotypes common to most kids’ movies. The way the movie is cast, costumed, and structured, it seems to me that the idea was to create a hip movie for preteen boys. If that was the case, why the cheap stereotypes about redheads, girls, and other races or ethnicities? It’s just lazy.

Finally, the acting in the movie was disappointing. As Greg, Zachary Gordon is kind of like a miniature Justin Long (He’s Just Not That Into You, and the Mac guy). He’s quippy and cute and actually does seem pretty smart. There’s a fine line for child actors between cute and obnoxious though and Gordon walks that line like a tightrope. As Rowley, Robert Capron steals the show. Chloe Moretz (500 Days of Summer) is actually a pretty good actress and it’s a shame her role wasn’t a bigger part of the movie. There’s something about playing the mean older brother in kids’ entertainment that attracts terrible actors and Devon Bostick as Rodrick Heffley fits the bill. I was excited to see Rachael Harris (In the Motherhood) and Steve Zahn (Management) as Greg’s parents. Normally they’re really fun comedians, but in Wimpy Kid neither really looked like they were even trying. Because so many otherwise good performers were so disappointing in this movie I was left wondering if the acting was lack-luster or if it was the writing.

I could easily dismiss my criticisms of Diary of a Wimpy Kid as problems a kid wouldn’t notice, but I was laughing harder than the kids in the theater, so I’m sticking to my guns and rating this good-not-great family-friendly film 3/5 stars.

Diary of a Wimpy Kid, directed by Thor Freudenthal, runs 94 minutes and rated PG for some rude humor and language.