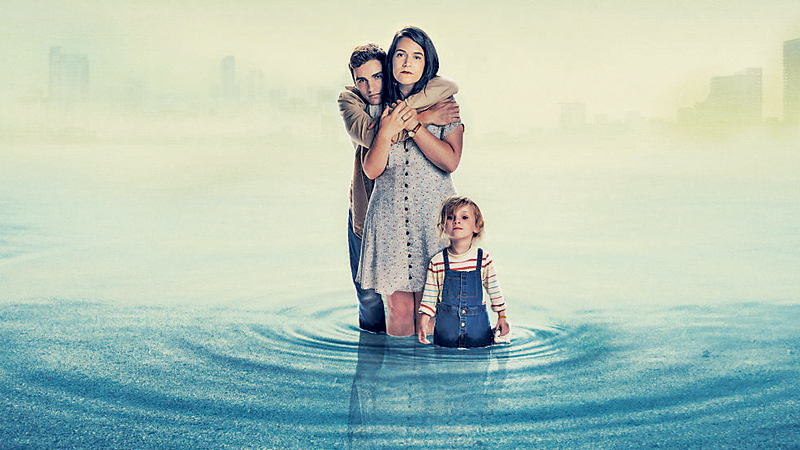 With its enormous budget and relative freedom, Netflix has an opportunity to support smaller, innovative films that would likely flounder at the theater. With this opportunity, however, comes mixed results. This week, I watched an independent movie I loved and one I was not so sold on.

In 6 Balloons, Katie (Abbi Jacobson) is in the midst of setting up a surprise party for her boyfriend when she discovers that her brother, Seth (Dave Franco), has relapsed on heroin. With her young niece in tow, Katie is stuck trying to get Seth checked into a detox facility while hiding his relapse from their parents and hosting the party.

Using voiceover from a self-help book on tape and a pervasive metaphor of drowning, 6 Balloons dramatizes the pain and overwhelming, often conflicting, feelings of people trying to help a loved one recover from an addiction. Especially during a time when our country is facing an epidemic of addiction, the story is heart wrenching and pertinent, but it is not pedantic. Instead of trying to make a point, it movingly presents the story of one woman’s struggle to establish boundaries while helping her brother.

A great deal of the strength of the story comes from the performance by Abbi Jacobson, who brings an undertone of anger and sadness to Katie’s generally stoic manner, so that when she has moments in which she acts out, they play like crescendos rather than outbursts. Dave Franco also gives a solid performance as Seth, making scenes of his withdrawal genuinely frightening. His swings between meanness and silliness bring to life the emotional landmines of addiction and trying to help someone in its grip.

Aesthetically, the use of water sounds and imagined rising water connect with the self-help narration in a way that is obvious, but not heavy-handed. These elements clue the audience into Katie’s rising anxiety and pair well with Jacobson’s stoic demeanor.

6 Balloons is a short, tightly-edited film that features a moving story, beautiful film technique, and excellent performances. I thoroughly recommend it.

6 Balloons was written and directed by Marja-Lewis Ryan. It runs 74 minutes and is rated TV-MA.

A Netflix Original that is less successful is the “darkly comic” crime thriller Shimmer Lake, which I found neither especially comic nor thrilling.

Shimmer Lake has several elements that seemed like a sure-hit to me. The ensemble cast features reliably funny actors such as Rainn Wilson, Rob Coddry, and John Michael Higgins. The story plays out in reverse chronological order, which gives it an interesting angle to distinguish it in its genre. It is also a short, tightly edited film. Yet, these strong elements did not quite come together to make a compelling movie.

Although the actors deliver strong performances, particularly Rainn Wilson, who always seems so highly charged, I did not feel invested in the characters. I attribute that disconnect to a screenplay that is interesting, but also choppy and confusing. If you watch this one, pay more attention than Netflix often demands.

Shimmer Lake is not a bad film by any means, but it is pretty forgettable. If I set aside the chronology of the screenplay, it fades into the techniques of its genre that are so pervasive right now they border in parody. The characters are conflicted and vulgar. The colors are muted or washed out. Amateur crooks and their families get in over their heads. If you like this genre, you might be more satisfied watching Netflix’s American Vandal, a parody of a true crime documentary that is genre savvy, crass, and uproariously funny.

Shimmer Lake was written and directed by Oren Uziel. It runs 83 minutes and is rated TV-MA.